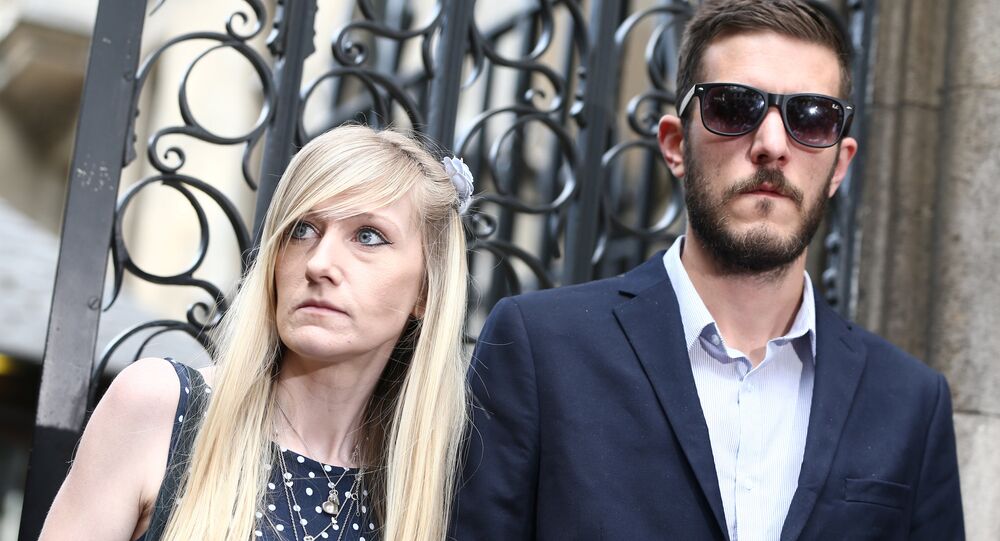 On Friday, July 14, a High Court judge has agreed to allow a specialist from the United States to visit a terminally ill baby in London to assess whether he would benefit from experimental treatment. On Thursday, the specialist had admitted there was only a one in 10 chance the treatment would improve the condition of 11-month-old Charlie Gard.

If we can help little #CharlieGard, as per our friends in the U.K. and the Pope, we would be delighted to do so.

But his parents, Chris Gard and Connie Yates, have refused to accept his life support machine should be switched off and have gone to court to insist on their right to fly him to New York for the nucleoside drug therapy.

In April, the High Court ruled his life support should be removed to spare Charlie further suffering and enable him to die with "dignity."

His parents appealed all the way to the Supreme Court but lost but on July 7 GOSH applied for a fresh hearing at the High Court.

On Thursday, the US specialist, who can now be identified as Dr. Michio Hirano from Columbia University's Department of Neurology, spoke to Mr. Justice Francis by video link.

Please sign and RT the petition to help give #CharlieGard one last chance. https://t.co/CCbBNFuDez

He admitted there was only a 10 percent chance of the nucleoside therapy working on Charlie and agreed to travel to the UK to assess the child if the court agreed to adjourn the case.

The doctor said clinical data was now available which had not been available in April, and he thought the therapy was "worth trying."

On Friday, the judge agreed to adjourn the case until later in the month and Dr. Hirano said he would travel to Britain to assess Charlie.

But the judge said Charlie must not be transferred to the US without the court's prior permission.

He said he would make a final ruling on the case on July 25, after hearing evidence about the outcome of the July 17 meeting between Dr. Hirano and the GOSH doctors.

GOSH put out a statement on Thursday, prior to the judge's ruling.

"Charlie is a beautiful, tiny baby afflicted by one of the cruellest of diseases. His depletive genetic disorder leaves him with no muscle function at all now and deprived of his senses, unable to breathe and, so far as can be discerned after many months of encephalopathy, without any awareness," it said.

GOSH has today applied to the High Court for a fresh hearing in the case of Charlie Gard. See full GOSH statement: https://t.co/6xRK56G7Zj

Charlie is currently on a low dose of oral morphine.

"Before that was started… all of those caring for him at GOSH hoped very much that Charlie did not experience pain," said the statement.

"In one respect, Charlie is immensely fortunate and that is in having parents of great fortitude and devotion. All at GOSH wish to pay tribute to their dedication to their only child and their tireless pursuit of a cure for him. The hospital feels certain that they have done all that they have for Charlie out of love and because they could not have done anything less even if they had wanted to," the hospital added.

But relations between the couple and GOSH have worsened in recent months.

Doctors at GOSH say he should be moved to a palliative care unit for terminally ill patients, but his parents have raised £1.3 million (US$1.7m) to take him to the US for the nucleoside therapy.

The Charlie Gard case has become a touchstone for those on the religious right in both Britain and the US, who are furious because they consider Charlie's right-to-life sacrosanct, and are also upset at the perceived interference of the state in parental choice.

© Sputnik / Cassandra Fairbanks
Vice President Mike Pence Speaks to March for Life in Washington DC
Various world figures have weighed in to support his parents, including the Pope and US President Donald Trump and his Vice President, Mike Pence.

Mr. Pence is virulently anti-abortion, and became the first vice president to speak at the March For Life protest earlier this year.

The vice president met activists in February as they sought to persuade the US Congress to allow doctors to prescribe experimental drugs for the terminally ill more easily.

On Thursday, Mr. Gard and Ms. Yates had stormed out of the hearing after a row about the size of Charlie's skull.

The court heard Ms. Yates had measured his head on Thursday morning and there was a 2cm difference with the hospital's own measurements.

The hospital claims his skull has not grown in three months, something his parents do not accept.

Assisted Suicide: Colorado to Permit Terminally Ill to End Their Own Lives