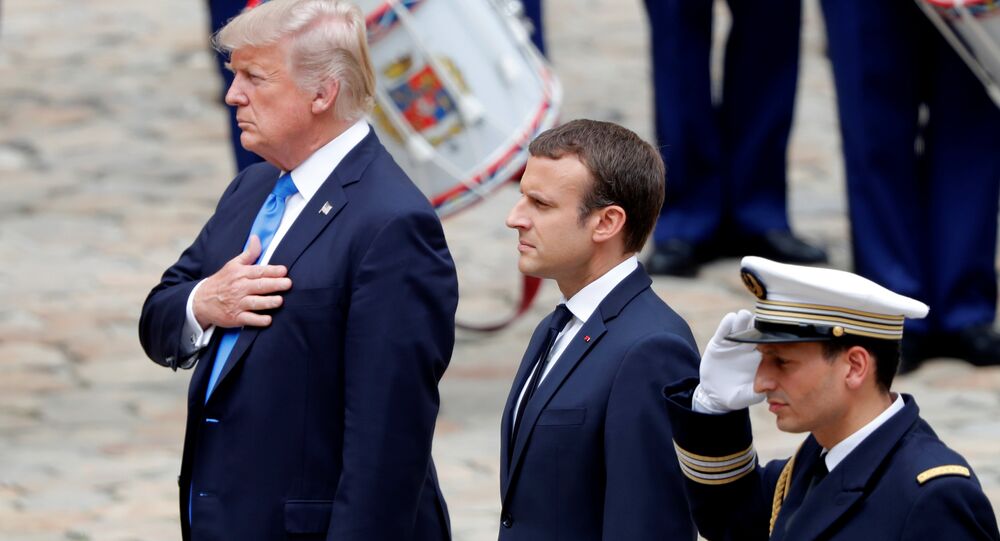 French President Emmanuel Macron said Thursday that he found the debates and protests sparked by US President Donald Trump's visit to France surprising, as it was dedicated to the 100th anniversary of the United States joining the Allied Powers in World War I.

"I have invited President Trump and I'm surprised that it sparks so many debates and protests, because this is the hundredth anniversary of intervention on our side of the US forces in WWI. We should never forget that our history exceeds us, the life of our states exceeds us, and the particularities of a character or the temperament which belongs to the moment we live in, should not make us forget that," Macron told reporters.

The president added that it was necessary to continue the dialogue between the two leaders, especially in the face of differences.

During his two-day visit to France, Trump will participate in the celebrations of Bastille Day, the French National Day, and hold talks with Macron.