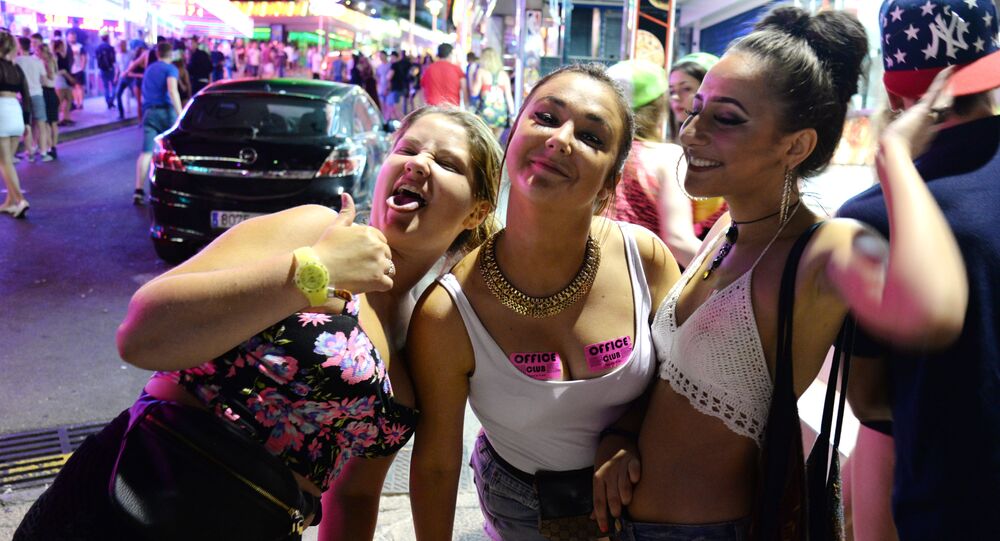 The authorities in the Balearic Islands have asked the Spanish government and the European Union to ban alcohol on planes which are heading there. Ibiza and Majorca are extremely popular with young people from Britain, Germany and Scandinavia but the authorities are getting fed up of what they call "anti-social tourism."

For decades the islands — especially the resorts of Magaluf in Majorca and San Antonio in Ibiza — have put up with their summers being ruined by rowdy and drunken tourists fighting, vomiting, urinating and having sex in public.

Several people have also been killed over the years in incidents of "balconing," which involves jumping from a hotel or apartment balcony into a swimming pool, often while drunk.

In 2014 British yobs were seen openly snorting cocaine on hotel balconies and were filmed by locals who posted the videos and photos on social media sites, which the local authorities say brought the resorts into disrepute.

The following year British police were sent to Ibiza to gather intelligence on gangs from Manchester and Liverpool who were selling drugs, especially the horse tranquilizer ketamine, to holidaymakers in San Antonio's West End.

Last year an 18-year-old British holidaymaker, Cameron Relf, was rushed to hospital after downing 75 shots of Sambuca and caramel vodka during a night out in Magaluf.

"We had been up for a really large night out — but that's what you do in Magaluf. The shot girls just kept getting us to drink more," he said.

But the patience of locals has reached its limit this year after 18 British tourists were seen running along the seafront in Magaluf stark naked and groups of English and Scottish teenagers fighting each other.​

In May officers from Spain's Guardia Civil force boarded a Ryanair flight when it touched down in Palma, the capital of Majorca, to arrest three drunken men who had been fighting on the plane, which took off from Manchester.

© AP Photo / Joan Llado
Tourists stand on the street at the resort of Magaluf, in Calvia town, on the Spanish Balearic island of Mallorca, Wednesday, June 10, 2015.

More than 3,500 residents and business owners in Magaluf have signed an online petition against "anything goes, cheap tourism." Some European hotels charge deposits to stop guests taking TV remote controls, while others have special keys to avoid holidaymakers pilfering the minibars.

On Wednesday, July 12, the local government for the islands sent a letter to Madrid and to the EU demanding action "to guarantee security… and tackle anti-social tourism."

"We ask the central government and the European Commission to ban the consumption of alcoholic drinks on flights and in airports," said Pilar Carbonell, who is in charge of tourism for the local government of the Balearic Islands.

"The aim of the measure is to improve passenger security and also that of security forces in planes and airports in our islands, who are often faced with drunk passengers," it said.

The newspaper published a video of the police agents marching onto the plane to applause from the rest of the passengers.

Some flights have even had to be diverted because of rowdy passengers.