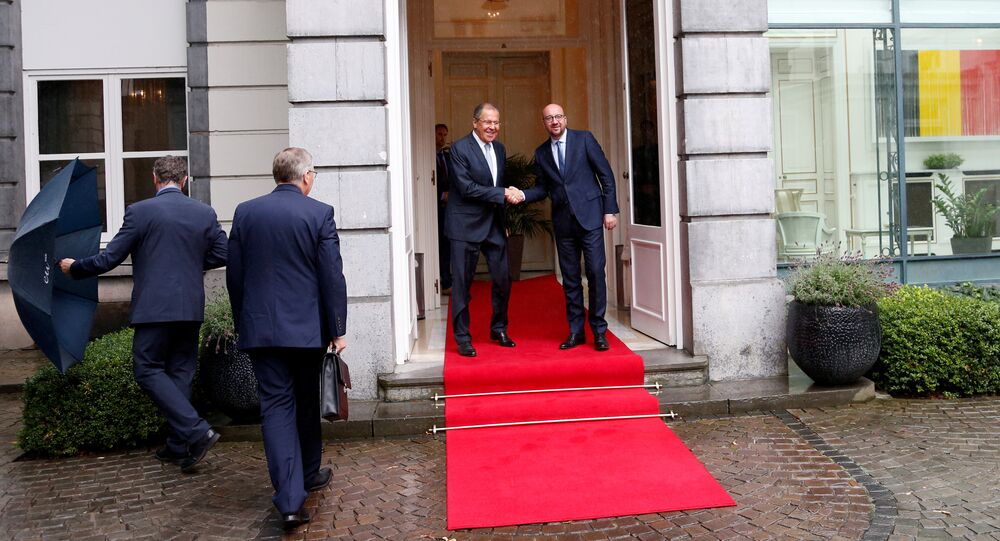 "We will discuss… the capacity to work together to fight global challenges like terrorism," Reynders said. "We know that we need to fight together against those terrorist groups able to organize difficult situations in many countries in the Middle East and in Africa, but also to organize terrorist attacks on our territories."

Moreover, the European Union should maintain dialogue with Russia despite differences toward positions on a number of issues, Belgium Foreign Minister Didier Reynders said Wednesday.

"I was very pleased to see yesterday [at the OSCE ministerial meeting] that it was possible to organize bilateral relations with the European Union, because we have asked [for] that in Belgium for some time — to continue to have a real dialogue. We know that we don't have the same position on all [the issues], it's clear, it's well-known. But it's very important to have a real dialogue and to try to go further together in different kinds of issues," Reynders said at a joint press conference with Russian Foreign Minister Sergey Lavrov.

Reynders met with Lavrov in Brussels. The foreign ministers discussed a wide range of issues, including the Ukrainian crisis, de-escalation zones in Syria, the situation in Libya, as well as ongoing problems in Central Africa.

Since 2014, relations between Russia and the European Union deteriorated amid the crisis in Ukraine. Brussels, Washington and their allies have introduced several rounds of anti-Russia sanctions since Crimea became part of Russia in 2014, and over Moscow's alleged involvement in the Ukrainian conflict. Russia has repeatedly refuted the allegations, warning that the Western sanctions are counterproductive and undermine global stability.

EU Should Resolve Syrian Crisis Along With US, Russia - Belgium Minister