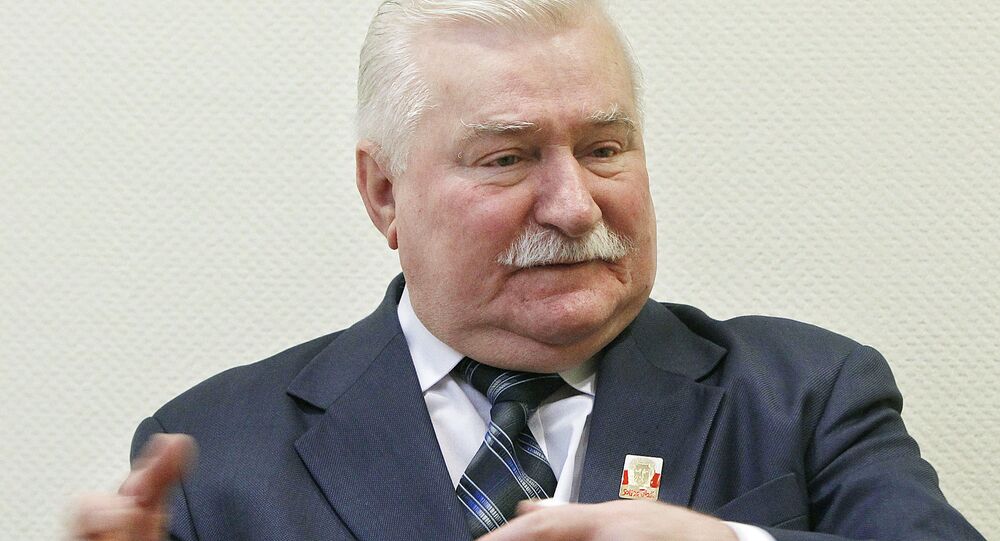 WARSAW (Sputnik) – The statement was made among the protests against the ruling Law and Justice (PiS) party supported by Walesa.

“Walesa is one of the most dangerous agents of the intelligence services [of the Polish People’s Republic] … This name is a symbol of treason,” Macierewicz told the TVP Info broadcaster on Tuesday.

© REUTERS / Agencja Gazata/Cezary Aszkielowicz
Poland to Buy US Energy Only on Favorable Conditions – Deputy Prime Minister
In February 2016, Lukasz Kaminski, the head of the National Remembrance Institute (IPN), a state body responsible for researching Soviet-era crimes, told reporters that a batch of discovered documents proved that Walesa was an informer for secret services between 1970 and 1976.

Walesa is said to have been assigned the codename "Bolek" and was paid for his services to the country’s Communist authorities, according to IPN. Later, he actively campaigned against the regime and served as president of the Polish state from 1990 to 1995.

Walesa has denied all the accusations of having links to the intelligence services of the Polish People's Republic.

Poland to Pay for it All: Gas, Missile Systems, Even Melania's Outfits