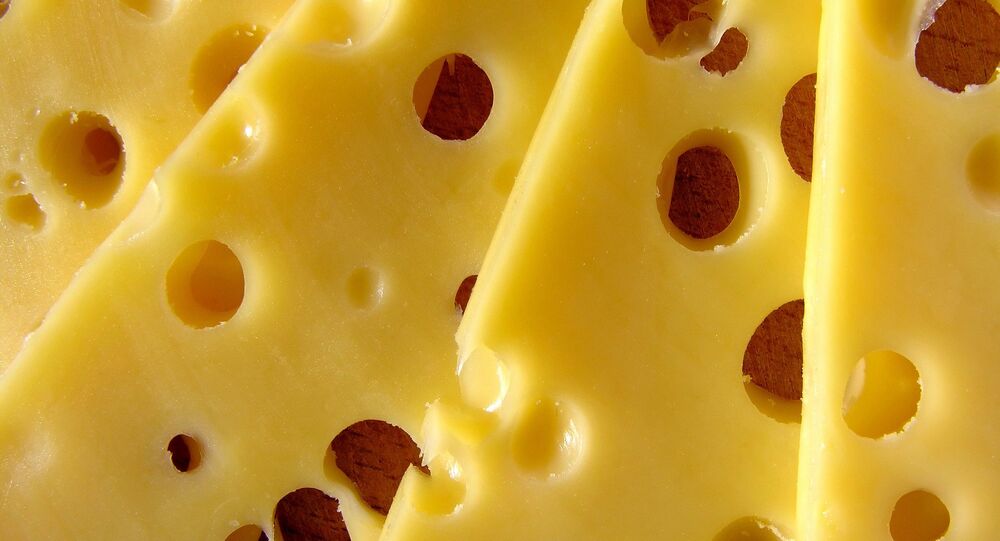 Police in west London have arrested and questioned a schoolboy after a 13-year-old child died from a severe allergic reaction to cheese. The shocking incident has highlighted the need for special devices, known as adrenaline auto-injectors, to be introduced in British schools.

Karanbir Cheema, known to friends as Karan, was rushed to hospital on June 28 after an incident at William Perkin Church of England High School in Greenford.

Please read our statement of the tragic case of Karanbir Cheema and access our resources to schools @ https://t.co/syHzu3kPJX

​His condition rapidly worsened and on Sunday (July 9) Karan tragically died, with his parents at his bedside.

A post-mortem examination is due to take place on Wednesday (July 12) but it is believed he may have died from a severe allergy to cheese.

Reports in one British newspaper suggested Karan died after an incident in which another boy flicked a piece of cheese from a sandwich at him and he licked it "by accident."

The Metropolitan Police said the incident was initially investigated by local police officers but has now been passed to the force's Homicide and Major Crime Command.

A 13-year-old boy on June 28 and interviewed in connection with the incident and has been bailed until later this month, pending further enquiries.

"He had many friends who are devastated at his death, as are the staff. He was a bright and keen student who excelled in maths. Our thoughts and prayers are with Karan's family," she said.

"Karan suffered a severe allergic reaction on Wednesday, June 28. Staff at the school reacted promptly to provide medical intervention and were well supported by the London Ambulance Service who attended the scene," she added.

​"The school has robust care plans in place for students with identified medical requirements and Karan's care plan was promptly put in place. But in light of this tragic incident a review of the procedures will be carried out to ensure that the highest level of standards is maintained," she added.

William Perkin High School is a large secondary school in the London Borough of Ealing, which only opened in 2013. It is named after a chemist who invented the first synthetic clothes dye, mauveine, in 1856.

Severe allergies, known as anaphylaxis, can be fatal and new legislation was only passed last week which will enable schools to keep adrenaline auto-injectors (AAIs) for emergency use.

The AAIs, sometimes known as EpiPens, can deliver a potentially life-saving dose of adrenaline for a child suffered from an anaphylactic reaction.

The legislation will come into effect in October.

The Anaphylaxis Campaign and three other charities have been campaigning to allow schools to buy AAIs without prescriptions.

"The rise in food allergy among young people is posing a significant risk for schools who can be faced with a life threatening situation which needs urgent action," said the charities in a joint statement.

"One in five fatal food-allergic reactions in children happen at school. Schools can now purchase the first line treatment for an anaphylactic reaction, without a prescription. While not compulsory, we are sure that many schools will take advantage of this change in the interests of their duty of care for those children who are at risk of anaphylaxis," they added.

In 2016, a waiter was arrested in Canada after serving a dish to a man which contains seafood. Simon-Pierre Canuel, 34, ended up in a coma. He claimed he twice warned the restaurant in Quebec about his severe seafood allergy.