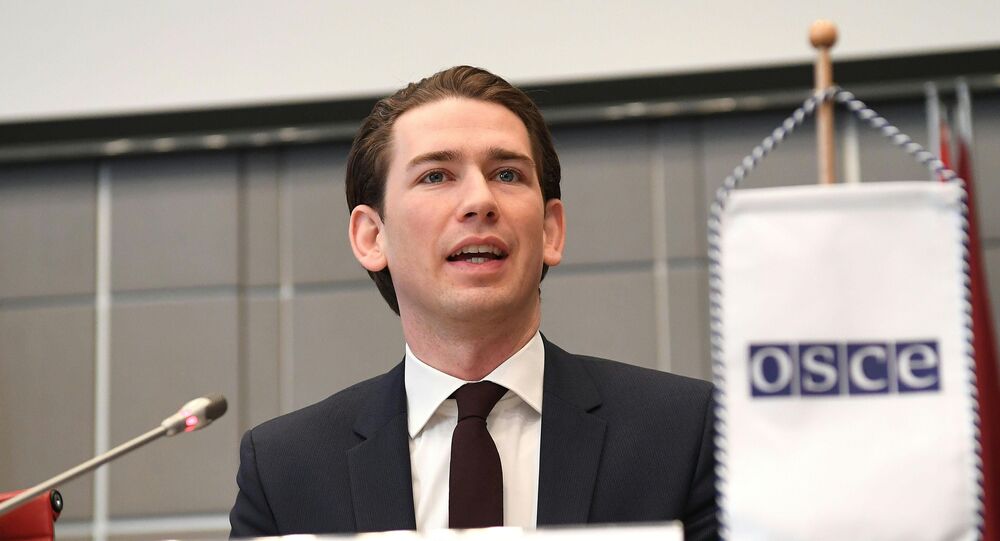 © REUTERS / Christian Hartmann
Russia to Raise Issue of NATO's Risky Course to Deter Moscow at OSCE - Foreign Ministry
MAUERBACH (Austria) (Sputnik) — Member states of the Organization for Security and Co-operation in Europe must unite in the face of the terrorist threat, both by word and in practice, OSCE Chairperson-in-Office and Austrian Foreign Minister Sebastian Kurz said on Tuesday.

"We need to unite by word and in practice in the fight against terrorism, because no country is safe from terrorist threats," Kurz told reporters ahead of the OSCE informal ministerial meeting in Austrian Mauerbach.

The OSCE chairman added that destruction of all networks of radicalization in the region must become the common goal of the OSCE members.

The ministerial meeting, which will include a plenary session and two interactive roundtable sessions, will focus on discussion of threats to security, the fight against terrorism, and the current and future challenges to security in the 57-member OSCE area.