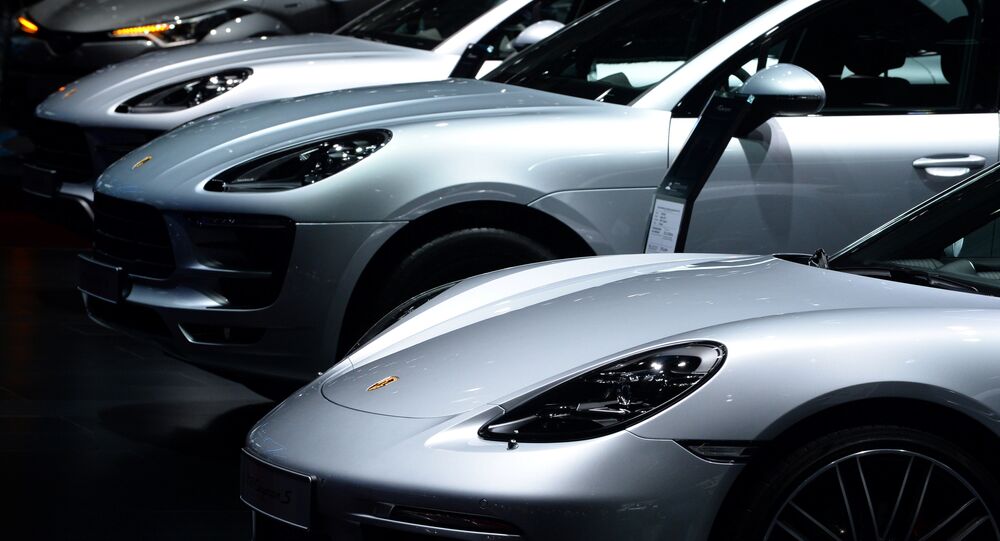 MOSCOW (Sputnik) — The statement added that the employees were suspected of fraud and false advertising, but noted that no further information would be given due to the ongoing investigations.

© Sputnik / Zinkin
Oldies but Goldies: 'Soviet Porsche' and USSR's Other Forgotten Cars
Earlier on Friday, a former manager of an automobile manufacturer Audi, Giovanni Pamio, has been charged with conspiring to defraud the United States by ordering his employees to create and implement secret software in order to cheat diesel emissions tests to meet US emissions requirements.

The public scandal around Volkswagen Group, which includes the Audi, Bentley, Porsche, SEAT and Skoda brands, arouse in September 2015, when the US Environmental Protection Agency (EPA) accused the company of using software to falsify emission test results for its diesel-engine cars. Volkswagen engineer James Liang pleaded guilty to charges of fraud by concealing emission test rigging software from US regulators. The multinational corporation would reportedly have to pay more than 22 billion euros ($24 billion) to cover fines and compensations related to the Dieselgate scandal.

Diving in Style: Affluent Beachgoers Find Another Use for Porsche Cayenne