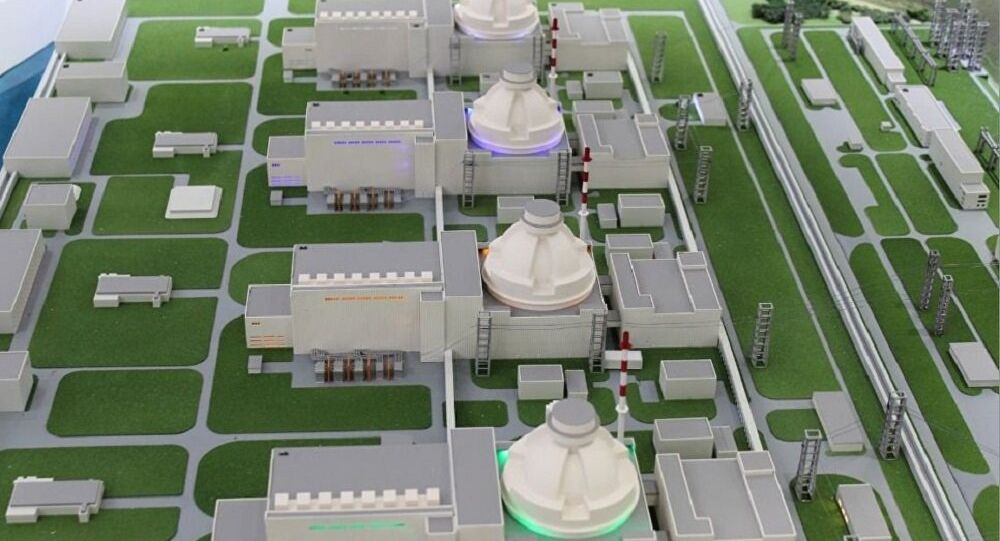 © AFP 2020 / VELI GURGAH
European Parliament Calls on Turkey to Halt Akkuyu NPP Construction Plans
On Thursday, MEP's in Strasbourg held a non-binding vote on a resolution regarding the development of the Akkuyu Nuclear Power Plant in southern Turkey.

The resolution, which was passed by 477 votes to 64, relates to points raised in the 2016 Commission Report on Turkey. Among other things, the European Parliament "calls on the Turkish Government to halt its plans for the construction of the Akkuyu Nuclear Power Plant," claiming that the construction poses a major threat to Turkey and the Mediterranean region because of its location in a region prone to severe earthquakes.

The EU also asks Turkey to join the ESPOO Convention on Environmental Impact Assessment, which sets out the obligations of Parties to assess the environmental impact of certain activities at an early stage of planning. The European Parliament additionally wants the Turkish government to "involve, or at least consult, the governments of its neighboring countries, such as Greece and Cyprus, in relation to any further developments in the Akkuyu venture."

The nuclear power plant will be built and operated by JSC Akkuyu Nuclear, 49 percent of which belongs to Turkish investors and 51 percent to Russia's Rosatom. JSC Akkuyu Nuclear spokesman Eyup Lutfi Sarici told Sputnik that the EU resolution is an example of double standards, since another nuclear power plant which is being developed by Japanese and French investors at Sinop in northern Turkey has faced no such opposition from the EU.

"Obviously, the European Parliament would not have made such a call if European or Western investors were involved in the Akkuyu Nuclear Power Plant. For example, there is not a word about the Sinop nuclear power plant in this resolution. Therefore, the calls contained in this European Parliament document once again clearly demonstrate the double standards that the European Union applies to non-Western countries. If at least one European or Western company was participating in the Akkuyu Nuclear Power Plant construction project, there would be no such restrictions," Sarici said.

"On the other hand, the West understands what a revival the Akkuyu Nuclear Power Plant can give to the Turkish economy. They also know that Russia is playing the main role in this investment project and of course, the West does not like it. The statements made in the resolution about the alleged instability of the region where the Akkuyu Nuclear Power Plant is to be built are based on false and misleading information. It's sad that they are resorting to such methods in Europe," Sarici said.

© AFP 2020 / VELI GURGAH
Valley of Akkuyu, in the southern province of Mersin near the Mediterranean. (File)
According to a 2000 report by Turkish experts, Akkuyu is located in the least seismically hazardous area in the current earthquake zones map of Turkey. The Akkuyu plant is being built to post-Fukushima requirements and will be able to withstand a 9 magnitude earthquake, tsunami and even aircraft impact, Rosatom has said.

Gurkan Kumbaroglu, President of the International Association for Energy Economics, told Sputnik that the fact that the European Parliament has raised no objections to the joint French-Japanese project to construct a nuclear power plant in Sinop, Turkey demonstrates that MEP's are motivated by political considerations.

"In Sinop, a nuclear power plant construction project is being implemented under the leadership of a French-Japanese consortium. The fact that this resolution is silent about that project and directed the main attack at the joint Turkish-Russian project to build the Akkuyu Nuclear Power Plant, indicates that this call has a political rationale. This is an obvious attack against Russia and actively developing Turkish-Russian cooperation," Kumbaroglu said.

"All the design criteria ensure the safety of the nuclear power plant in the event of an earthquake. As far as I know, Akkuyu is being built in such a way as to withstand an earthquake with a magnitude of nine (on the Richter scale). This kind of stability is embedded in the project design specifications. All the necessary technical parameters have been taken into account in the construction of the Akkuyu Nuclear Power Plant."

© Photo : AKKUYU NÜKLEER A.Ş.
A plan of Turkey's first nuclear power plant Akkuyu
Kumbaroglu said that the EU's concern about Akkuyu is strange, given that many old nuclear power plants in Eastern Europe and Armenia are still in operation.

"Frankly speaking, we see this this as an un-neighborly attack. We don't see an objective position or any good intentions in this resolution, because when we talked about it with our European colleagues, they could not give us any convincing reasons. The fact that initiatives from the Greeks and the Cypriots are a priority for the European parliamentarians also drew my attention. Perhaps certain countries used their geographical proximity to contribute to this resolution."

© Sputnik / Michael Klimentyev
Putin, Erdogan Discuss Turkish Stream, Akkuyu NPP Construction, Syrian Crisis
Conkar said that the concerns in the resolution about a potential threat to the Mediterranean region are an excuse to stop the project, which has economic benefits for Turkey.

"As far as I understand, this is being used as a pretext. In Europe, they are trying to play a new card against Turkey through Greek Cypriots. But I believe that the energy lobby of countries like Germany and France has a hand in this assessment by the European Parliament, because similar statements have not been made about other nuclear power plants. The attacks are only made in relation to this project which we are implementing together with Russia, and this, unfortunately, is not a manifestation of good intentions from the EU. Therefore we do not intend to take this kind of assessment into account," Conkar said.

The MP also said that the EU parliamentarians have not examined all available information about the earthquake risks in the Akkuyu region.

"Based on geographical and geophysical analyses, we have documented that this area is safe from a seismic activity point of view of, but they did not take this into account, probably because they are guided by political considerations and the interests of various groups in the European Parliament. Such actions on the part of the European Parliament are aimed at preventing Turkey from fulfilling its ambition to independently develop cooperation with other countries. Therefore, such statements and calls have no value in our eyes," Conkar said.