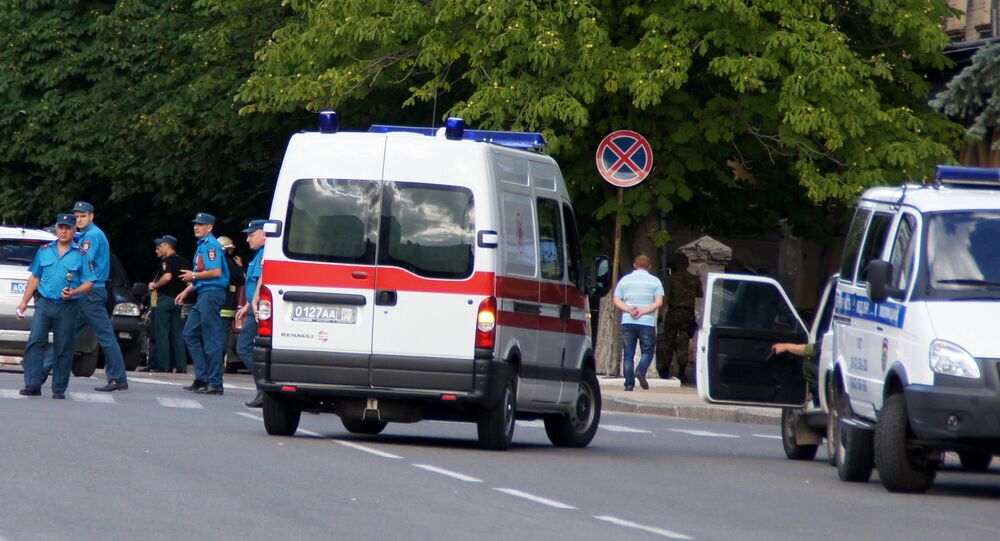 Servicewoman of the militia's medical service was killed in a second explosion, that took place in the center of the eastern Ukrainian city of Lugansk near the site of a blast that occurred earlier Friday, according to a correspondent.

© Sputnik / Valeriy Melnikov
Lugansk Claims Kiev Troops Breached Ceasefire 3 Times Over the Past 24 Hours
LUGANSK (Sputnik) — A second explosion occurred in the center of the eastern Ukrainian city of Lugansk near the site of a blast that occurred earlier Friday, a Sputnik correspondent reported.

Earlier on Friday, a spokesman of the self-proclaimed Lugansk People's Republic's (LPR) militia said one person was killed and five injured in an explosion in the center of Luhansk near the Government House. The spokesman added that the killed person was a servicewoman of the militia's medical service, adding that there were civilians among the injured.

According to law enforcers, a civilian vehicle was blown up in the second explosion. The scene of the incident was cordoned off. The information about those killed and injured in the second blast is being specified.

© AP Photo
Lugansk Republic Claims Kiev Plans Provocations Against OSCE Observers
Earlier in the day, the spokesman added that all law enforcement agencies of the self-proclaimed republic had been engaged in the investigation into the incident.

The city of Lugansk is an administrative center of the LPR that declared independence from Ukraine in 2014 following the shift of power in Kiev as a result of what many considered to be a coup.