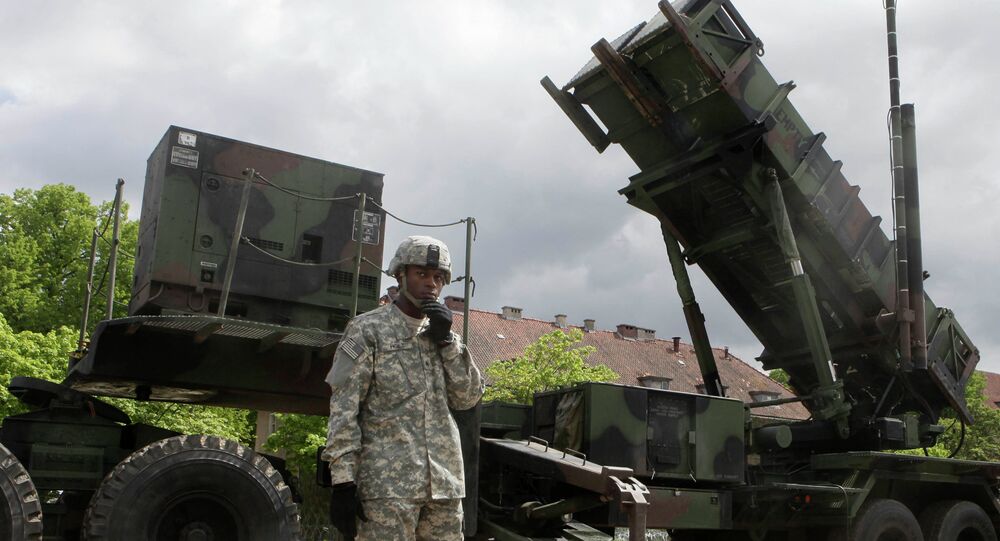 Commenting on President Donald Trump's signing of an agreement to supply the Patriot missile systems to Poland, Russian military expert Andrey Golovatyuk told Sputnik that he believes political motives are behind Warsaw's decision to buy the US interceptors.

© AP Photo / Mindaugas Kulbis
‘Russian Threat’ May Cause US to Deploy Patriot Missiles To Lithuania
On Thursday, Polish Defense Minister Antoni Macierewicz said that the Polish Defense Ministry and the United States had signed an agreement on the delivery of US Patriot missile systems to Poland.

The signing ceremony took place during US President Donald Trump's visit to Warsaw. Poland will receive Patriot missile systems from the United States by 2022, Polish Defense Minister Antoni Macierewicz said after announcing the signing of the deal.

The intention to acquire Patriot systems was announced by Polish authorities in late March. The country is expected to receive eight batteries that will cost a total of $7.5 billion.

According to Macierewicz, the Patriot will help Poland to "effectively counteract Russia's Iskander missile systems."

Speaking to Sputnik, Russian military expert Andrey Golovatyuk, Poland's drive to purchase the Patriot systems can be explained by political rather than defense considerations.

In this vein, one should remember Trump's famous words at a NATO summit earlier this year, when he said that everyone has to pay for his safety, according to Golovatyuk.

"Therefore, in this case Poles are trying to resolve their political issues, while the Americans, respectively, earn money," he said.

He suggested that by the time the Patriot systems arrive in Poland in 2022, they will be completely out of date.

He recalled that "the Patriot systems were developed back in 1982," saying that by 2022, Russia's Iskander systems will be significantly modernized.

"By 2022 the Americans will say to the Poles: 'Guys, this Patriot system is already mothballed, so pay us more money and we will deliver the newest air defense system to you.' A few years later, Americans will offer Poles the opportunity to change the Patriots' fuel engines or something else.Washington will earn money while Polish taxpayers will pay," Golovatyuk said.

© Sputnik / Sergey Orlov
Why Russia's Iskander Missiles Are 'Guarantors of Power Balance in Europe'
"It is clear that it is irrelevant to speak now about a large-scale war in Europe between Russia and the NATO countries. That's why all this is about  America capitalizing on supplying its military hardware to Poland, the Czech Republic and the Baltic states," Golovatyuk concluded.

By the end of 2020, all missile units of Russia's Ground Forces will be equipped with the Iskander-M mobile ballistic missile system, while the rocket artillery brigades will have the Tornado-S state-of-the-art multiple launch rocket system.