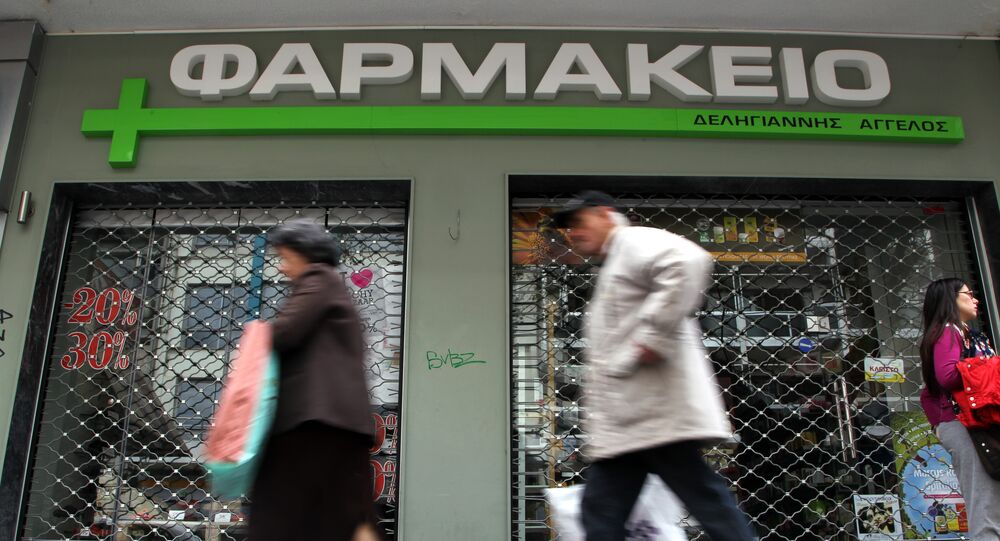 The Greek government is preparing to take on the country's powerful pharmaceuticals, who have made fortunes selling brand-name medicines. The European Union has been putting pressure on Athens to switch Greek patients over to "generics."

In July 2015, Greece signed a deal for a third bailout package worth 86 billion euros (US$93 billion) in exchange for austerity reforms that include pension cuts and tax hikes.

One of the reforms that was demanded by the European Commission was for the Greek government to force pharmacies to ensure six out of ten medicines are generics by March 2018.

Generics cost a fraction of the price of brand-name drugs but Greece is at the bottom of the table when it comes to countries which dispense cheaper drugs.

Greek pharmacies and specialist doctors make big profits at present and receive lucrative incentives from the drug companies to prescribe their products, rather than cheaper alternatives.

But the resistance is not just among the pharmacists. Many Greeks themselves have an inbred fear of generic drugs.

"Greeks consider generics a second-class medicine due to a law in 2012 that said the poor people get generics," said Pascal Apostolides, president of the Hellenic Association of Pharmaceutical Companies.

Greece is a country with one of the highest numbers of doctors per capita in the world and a large number of pharmacies.

But when the economy crashed in 2008 hundreds of thousands were thrown out of work and lost their health insurance.

© Sputnik / Sergei Guneev
Tsipras Hopes Eurogroup’s Decision on Bailout Payment to Help Greece Heal
The national health system is very limited and some people with no money or very low incomes have been forced to share drugs.

Prime Minister Alexis Tsipras, and his government, have been promising a law which would give healthcare access to those with no private insurance but that will further push up the drugs bill.

His government, dominated by the left-wing Syriza Party, is hoping to wriggle free of EU budgetary oversight next year but it depends on Athens meeting the targets set in the third bailout.

In May, Greece and the troika reached a deal on a package of bailout-mandated reforms, paving the way for the disbursement of another relief tranche. The Greek government needs US$8 billion to meet a debt repayment deadline later this month.

Greece Has Good Chance of Getting Debt Relief Agreement - IMF