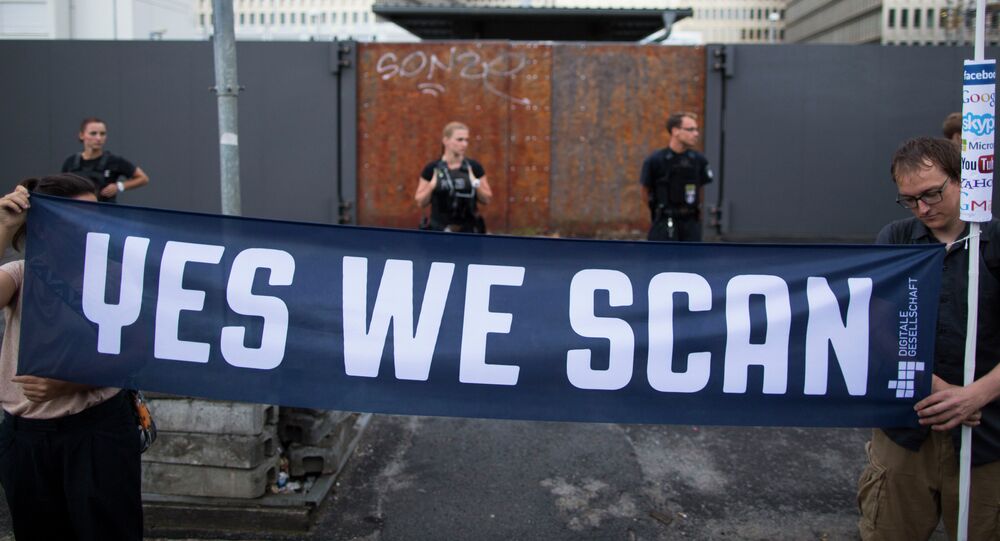 The number of omissions from the final report from the German parliamentary committee investigation into the NSA spying scandal is "unacceptable," Die Linke politician Andre Hahn told Sputnik.

© AP Photo / Markus Schreiber
German Police Warn Politicians About Alleged Spying By Turkish Intelligence
On Wednesday, the German Bundestag committee into the NSA spying scandal is to discuss its final report after more than three years of investigation.

After it was handed to Bundestag President Norbert Lammert, a heavily redacted copy of the report was released to the media.

The large number of ommissions was criticized by Germany's leftist Die Linke party and the Greens, which have one deputy each on the committee. The CDU and SPD, which govern Germany in a coalition, have three each.

Andre Hahn is a Bundestag deputy who represents Die Linke and also steps in to deputize for committee chairwoman Martina Renner. He told Sputnik Deutschland that almost 500 pages of the 1822-page report have been redacted.

"That's nearly 500 pages. It's completely unacceptable that we want to suppress this into secrecy," Hahn said.

"I've been involved in a lot of investigation committees, but I've never seen anything like this before. The CDU committee chairman is now trying to prevent even the final report by members of the opposition, which really says a lot. There will also be a legal review, in the coming weeks."

The parliamentary committee has frequently faced divisions between members of the coalition and the opposition sitting on the committee.

© REUTERS / Carlos Barria
Comey Testimony: 'We Now Know That CIA, NSA and FBI Were Leaking Like a Sieve'
On Wednesday, as the report was handed over to Bundestag President Norbert Lammert; Martina Renner of Die Linke and Konstantin von Notz of the Greens also handed over a document to Lammert containing their views, which put them in the minority on the committee.

According to the German newspaper Die Zeit, the document from the minority members of the committee wanted to draw attention to the failures of the Federal Chancellery, while the majority from the coalition largely identified failures by the Federal Intelligence Service (BND).

Political differences were apparent on the committee since its inception in 2014. In May 2014, the Greens and Die Linke pushed for NSA whistleblower Edward Snowden to appear in Germany for questioning by the committee, but their requests were turned down by the CDU and SPD.

The German Bundestag launched the cross-party investigative committee into the NSA spying scandal in March 2014, after former CIA and NSA employee Edward Snowden leaked details of extensive internet and phone surveillance by US and UK intelligence, which collected and shared information on millions of ordinary people, as well as intercepting the communications of European politicians.

© CC0
Germany May Legalize Spying on Personal Messages, Fingerprinting Children
Among the revelations were allegations that the NSA had bugged German Chancellor Angela Merkel's phone, which caused the government to take the unusual step of summoning the US ambassador.

However, the CDU/SPD government was unwilling to upset its relationship with Washington by bringing Snowden to Germany for questioning, since the US wants to extradite him to the US to face espionage and theft of property charges.

Last November, the Federal Court of Justice ruled that the German government should provide the conditions for Snowden to be questioned in Germany by the committee, such as a guarantee not to extradite him to the US. However, the CDU, CSU and SDP coalition government successfully appealed the court's ruling, rather than provide such a guarantee.