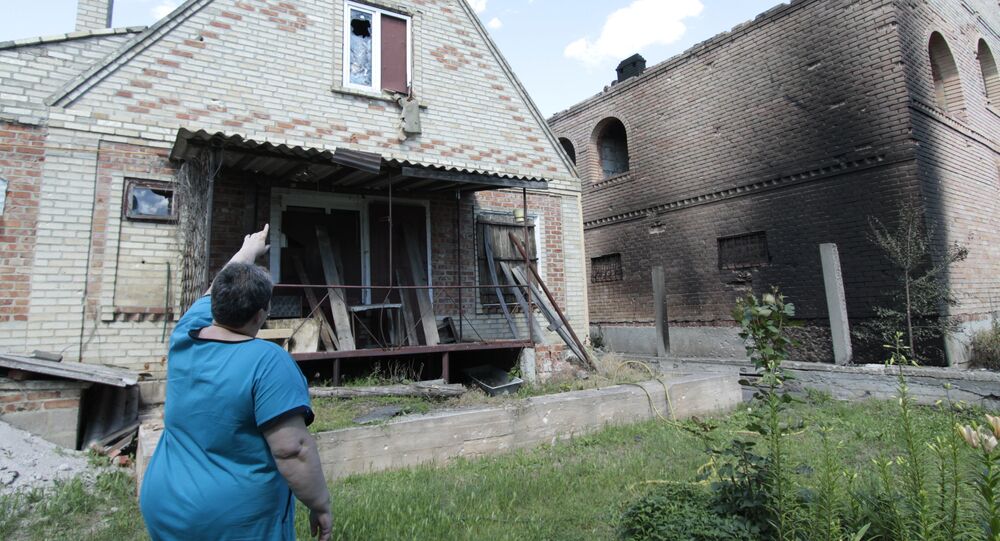 Germany expects from Ukrainians, as well as from Russians, to take steps toward implementation of the Minsk accords, according to the country's Foreign Ministry spokesman Martin Schaefer.

"We expect from Ukrainians, as well as from Russians, to take steps toward implementation of the Minsk accords," Schaefer told the briefing, adding that the issue of the Ukrainian settlement would be raised during the meeting between Russian and German foreign ministers in Russia's southern city of Krasnodar.

Earlier in the day, German Foreign Minister Sigmar Gabriel started his two-day visit to Russia at the invitation of Russian Foreign Minister Sergey Lavrov to discuss a number of international and bilateral issues, including the situation in Ukraine, Syria, as well as countering international terrorism and strengthening European security. The ministers will also participate in the XIV Conference of Russian and German partner cities.

© REUTERS / Fabrizio Bensch
Anti-Russia Sanctions Could Be Lifted Once Minsk Deal Implemented - German FM
In February 2015, the leaders of Russia, Ukraine, Germany and France — the so-called Normandy Four — elaborated a ceasefire agreement in Minsk, the capital of Belarus, later signed by Kiev and the Donbas militias, following the Kiev-brokered military operation in Ukraine’s southeast in 2014.

Russian Foreign Ministry spokeswoman Maria Zakharova stressed in March 2016 that Russia was not the subject under the Minsk agreements and could only influence the conflicting sides.