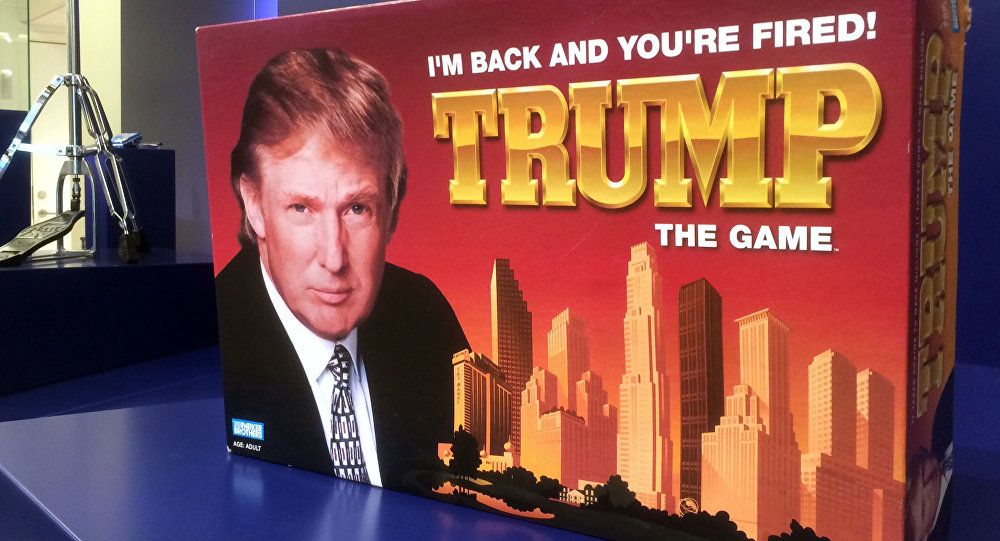 While Swedes have never been particularly fond of Donald Trump, even in the years predating his presidency, in recent months Trump's rating has taken a serious plunge. Incidentally, Sweden is the country where the trust gap between Donald Trump and his predecessor Barack Obama turned out to be the widest.

© REUTERS / Carlos Barria
Swedes Hate Trump More Than Any Other Leader
According to a recent survey by Pew Research Center, which asked people in 37 countries about their views on the US and its leadership, the median confidence in Donald Trump's way of managing world politics was only 22 percent, compared to the 64 percent confidence rating Barack Obama enjoyed.

Sweden stands out as the country where the trust gap between Donald Trump and Barack Obama was the greatest. While a staggering 93 percent of Swedes trusted the 2009 Nobel Peace Prize winner's way of managing foreign policy issues at the end of his term as US president, only 10 percent of Swedes had confidence in Trump at the beginning of his tenure, which indicates the greatest difference of 83 percent. Sweden is followed by the Netherlands, Germany, South Korea and France, which all clocked a gap of between 75 and 70 percentage points.

According to Frida Stranne, USA researcher at Halmstad University and the North American Institute in Uppsala, the figures were hardly surprising.

"The Swedish media coverage of the US is among the most intense in the world, and the depiction of Trump has been very negative here in general. Swedes also tend to have more in common with the Democratic Party in terms of ideology, and have opinions that are generally more akin to Obama's ideas and ways," Frida Stranne told the newspaper Metro.

As a consequence of Trump's rein, Swedes' image of the US has taken a serious beating. Altogether, Swedes' favorability towards the US dropped to 45 percent from 69 percent only a year ago. A total of 54 percent of Swedish men reportedly held a positive image of the US, as opposed to only 35 percent of women. Men were also more positive towards Trump in general, as well as NATO and other themes usually associated with the US.

© Photo : Twitter/realDonaldTrump
Trump Emerges Unscathed From 'Brawl' With Swedish Feminists
Frida Stranne ascribed Swedish women's intense dislike of Trump to their attention to gender equality issues, as well as Trump's attitude to women and his parlance in general. The fact that the US no longer appears to be a paladin in shiny armor for the Swedish public was not necessarily a bad thing, according to Frida Stranne.

"This might even be good in this case. The US is not limited to New York or Los Angeles, but is a complex country with a population whose values, by and large, stand very far from the Swedish ones. It might be good if we become a little more aware of it and a little more critical. Not everything coming from the US is actually good, but we've been quite naïve in our perception. It is always healthy with a little nuance," Frida Stranne said.

According to Stranne, who recently penned an opinion piece for Expressen titled "There is no limit to Trump's childishness and ignorance," as a an example of Sweden's media narrative, Trump may undermine Swedes' opinion of the US for years to come, even if Trump's administration is "not forever."

© AFP 2019 / NICHOLAS KAMM
Sweden Fears Financial Harm, Loss of Goodwill After Trump Tiff
According to a domestic survey by the pollster Novus, 80 percent of Swedes disliked the American leader, compared to only one in ten who claimed to like him.

Remarkably, only two countries featured in the survey, namely Russia and Israel, proved to hold a more positive view of Trump's actions than Obama's when it comes to foreign policy issues.