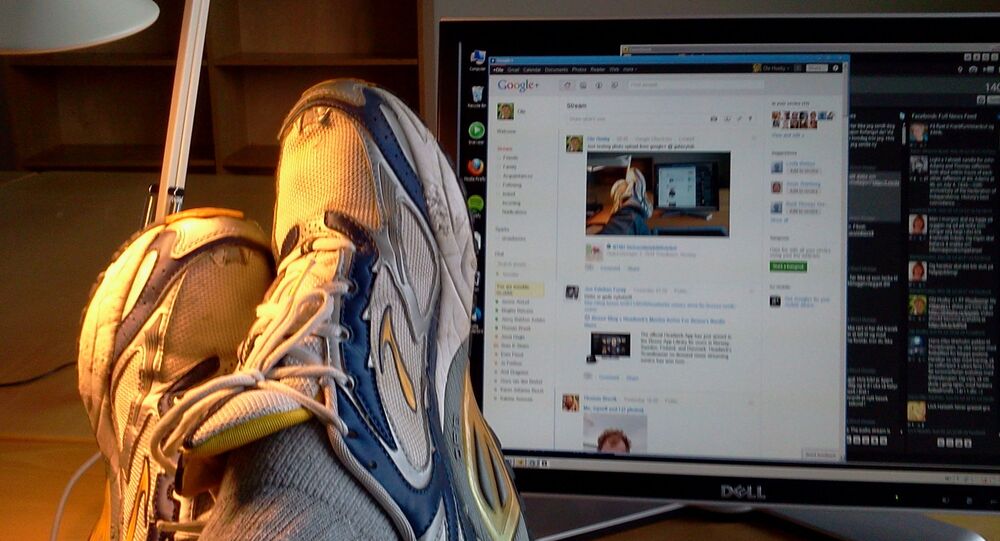 Worried about lost revenues and dismal future prospects, the Norwegian media industry has called on parliament to impose a special tax on Facebook and Google to ensure that they are taxed in Norway according to their real turnover. Norwegian media houses referred to the UK's experience, where a special tax was introduced on multinational companies.

© REUTERS / Nerijus Adomaitis
All for Oil: Norway to 'Drown Paris Agreement' in Record Arctic Exploration
Negative trends in the advertising market have recently spurred top Norwegian media executives to turn to the government for help. A recent report from the Norwegian Media Association showed that Norwegian media companies have lost two thirds of their advertising revenues over the last ten years.

Didrik Munch of Schibsted Norway described the situation as "critical," forecasting a dramatic deterioration over the next two-three years. Polaris Media CEO Per Axel Koch indicated that every fourth advertisement krone has disappeared in the last three years alone.

Instead, the ad money keeps flowing to digital actors like Facebook and Google, which are expected to account for 5 billion NOK ($600mln) in the Norwegian advertising market this year alone. Given this, Norwegian media groups are demanding equal competition terms, calling on parliament to ensure that multinational digital companies are taxed according to their profits.

Schibsted Group Chairman Ole Jacob Sunde found it paradoxical that Norwegian politicians frequently use Facebook as a communications platform to reach their voters.

"Politicians are exhibiting double standards when they, on the one hand, are concerned with media diversity, while they are keen on using Facebook to win the election, on the other hand. They seem to forget that the company does not pay taxes in Norway and hides their profits in tax havens," Ole Jacob Sunde said, as quoted by the Norwegian newspaper Klassekampen, venturing that Facebook was about to take over Norway's digital advertising market.

André Støylen, chairman of the media group Amedia, admitted he did not believe in a simple solution for the situation, yet suggested some form of taxation of digital ads. According to him, the revenues can be used to finance the production of editorial content.

Meanwhile, Norwegian Media Businesses' Association (MBL) referred to the British experience, where a special tax on international companies called the Diverted Profits Tax (DPT) was introduced. The DPT is a 25-percent tax on companies trying to avoid national taxation by using "contrived arrangements" to re-direct money to tax heavens. According to the MBL, the UK will collect £350 million ($445mln) from this tax. In Norway, the "Google tax" could result in 400 million NOK ($47mln).

"We assume that it will be quite possible to introduce the same type of special tax in Norway as in the UK," MBL's head of business policy Bjørn Wisted told Klassekampen, venturing that the media industry is not alone in being challenged by multinational giants escaping national taxation. According to him, this may even undermine the future of the Norwegian welfare state.