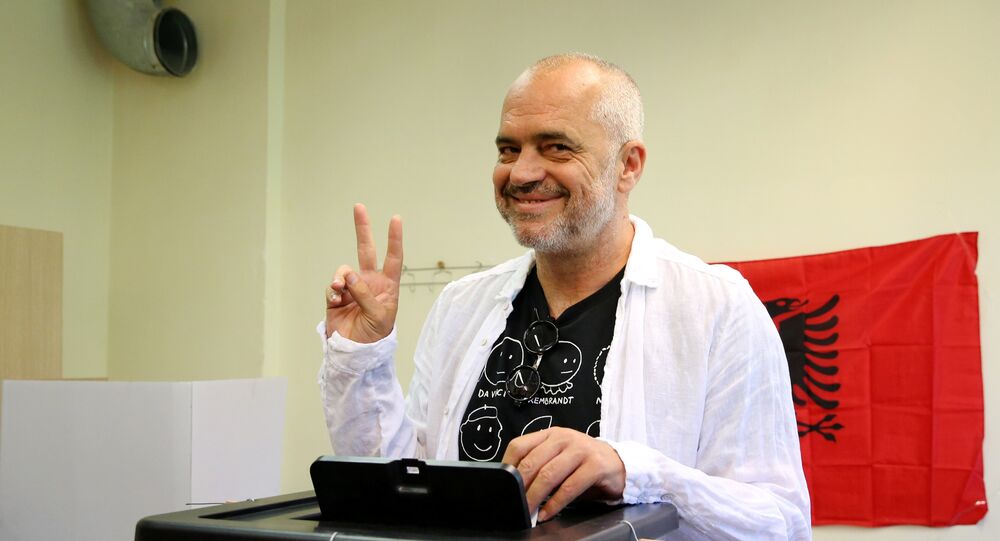 Albania's Prime Minister Edi Rama on Tuesday declared the victory of his Socialist Party (PS) after Sunday's parliamentary election and called on his supporters to join the celebrations in the country's capital of Tirane.

© Photo : Pixabay
Numerous Violations Reported During Parliamentary Elections in Albania
BELGRADE (Sputnik) — According to the official data of Albania's Central Election Commission, with 97.5 percent of votes counted, the PS is leading with 48.16 percent of the vote, gaining 74 out of 140 seats in the country's parliament. The vote count is still being carried out by the commission.

"We made it despite the expectations of everyone except us! The Albanian people have done a great honor to the persons who as it thinks will make their intentions, dreams and hopes a reality. The victory is the biggest responsibility that we can put on our shoulders," Rama said as quoted by Albania’s ATA news agency.

The prime minister urged his supporters to gather at 06:30 p.m. local time (16:00 GMT) on Tuesday in the center of Tirane to celebrate the victory.

The official figures showed that the main opposition Democratic Party (PD) has received 28.73 percent of the vote, security 43 parliament seats. Meanwhile, the Socialist Movement for Integration (LSI) was supported by 14.38 percent of the vote, and and is expected to have 19 seats.

Three seats in the parliament are expected to be taken by the Party for Justice, Integration and Unity (PDIU) supported by 4.71 percent of the voters. The Libra movement may only have one mandate after receiving 1.29 percent of the vote.

Albania’s opposition has been boycotting the parliament for three months in an effort to stall judiciary reforms necessary to start the EU accession talks. In May, Rama and opposition leader Lulzim Basha unveiled a package of measures that stipulates the participation of all the country's political parties Sunday’s election. The deal also included the representation of opposition ministers in the cabinet and key institutions.

Albania Socialist Party Winning Parliamentary Election With About 50% of Votes