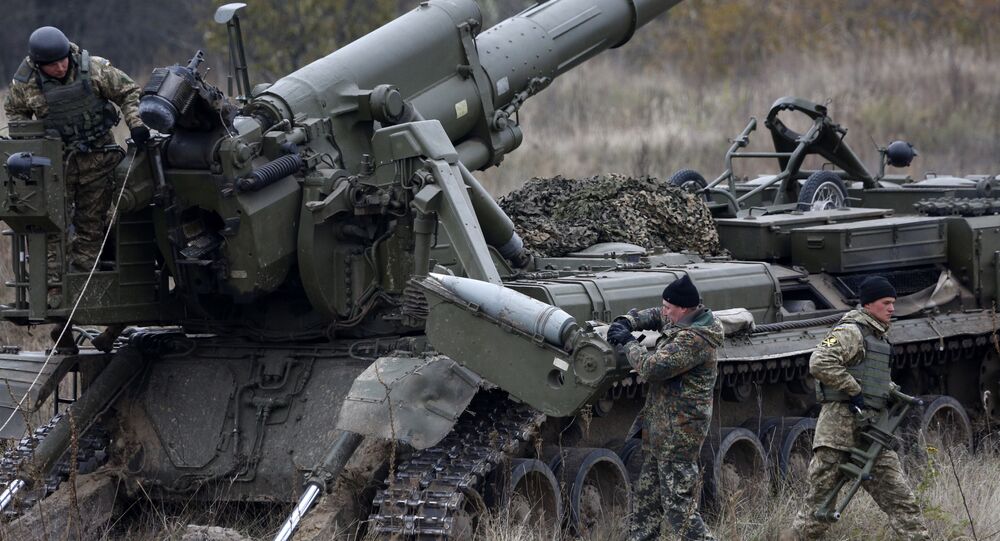 © Sputnik / Evgeny Kotenko
Ukraine and Poland: Recognizing the Bleak Side of the Post-Maidan Regime
WARSAW (Sputnik) — According to the Polish Press Agency, the agreement was signed between the Industrial Optics Center and the Ukrainian Ukrinmasz company in Warsaw. The deal envisages the delivery of optoelectronic devices for drivers of Ukraine’s military armored vehicles, particularly reconnaissance vehicles and infantry fighting vehicles. The deal’s worth was not disclosed.

Commenting on the issue, Industrial Optics Center’s Commercial Director Pawel Glica said the work on the document went on for two years.

"The Industrial Optics Center conducted several tests and demonstrations on Ukraine’s territory for the enterprises that carry out tank equipment modernization, and also at firing grounds. It can be said that our devices were carefully examined, tested by the Ukrainian army and received all necessary permissions for use on military vehicles," Glica said as quoted by the media outlet.

He added that his company sought to create an optoelectronics modernization center on the Ukraine’s territory and delegate part of its authority to the Ukrainian side.

Glica added that the Industrial Optics Center was ready to offer Ukraine night, thermographic and laser vision technologies, as well as to cooperate on systems displaying flight parameters for helicopters.