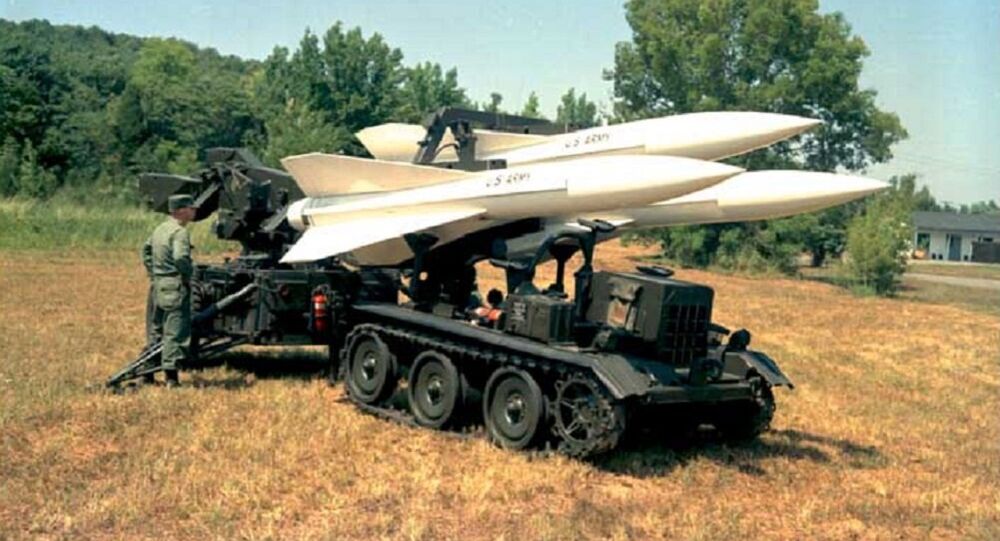 The "Russian threat" is a convenient tool for pushing through military updates. Sweden is now looking forward to a thorough shake-up of its aging defense system, citing Russian missile systems stationed in the Baltic exclave of Kaliningrad. US-made Patriot systems are one of the options for the overhaul.

© AFP 2021 / CHRISTOF STACHE
Sweden Drops the Ball as Polish 'Warships' Embark Without Permission
At present, Sweden is still using obsolete surface-to-air MIM-23 Hawk missiles (locally known as Robotsystem 97), which were first developed by Raytheon in the US at the end of the 1950s. The system has since undergone a series of massive upgrades, but needs replacing now.

"Even though you can modify and improve old systems, there is a limit to how old they can get. In that sense, we can agree that the Hawk is getting old," said the Air Defense Regiment's head of communications, Carl Sjöstrand, as cited by the Swedish daily Svenska Dagbladet.

The Swedish defense officials made it clear that the air defense system must be capable of protecting the Nordic country from all inbound threats, which, according to Sweden, are not limited to enemy aircraft.

"For instance, there are ballistic missiles, such as those Iskander missiles placed in Kaliningrad, thus posing a potential threat to Gotland and the Swedish capital. In those cases, a better system is required than the Hawk, which does not have capacity against those missiles," Carl Sjöstrand asserted.

© CC BY 2.0 / Håkan Dahlström / Swedish soldiers
Imaginary Russians Are Coming (Again): This Time to Northern Sweden
According to the Swedish defense officials, it is crucial for the Swedish Armed Forces to modernize its anti-aircraft arsenal. At present, the MIM-104 Patriot designed by Lockheed Martin and Raytheon is currently being considered as a possible replacement option, alongside the French-Italian SAMP/T medium-range missile system.

"It will certainly be one of the more expensive defense systems, but not as expensive as Gripen," Joakim Lewin, an army programs manager with the Swedish Defense Material Administration (FMV), said, referring to the JAS 39 Gripen multirole fighter jet manufactured by Saab. So far, Sweden has committed to procuring 60 new generation Gripens to the tune of $4 billion.

However, it will inevitably take time before the new systems are delivered and made ready for use. Accordingly, the Swedish military will also need to train staff and maintenance specialists. "Our goal is to get the first delivery in place by 2020 and then carry on for about 10 years after that," Lewin explained.

The MIM-23 Hawk medium-range anti-aircraft missile system that Sweden currently has was originally designed to attack aircraft flying at medium and low altitudes. By 1971, the US-made system had undergone major modernization that included improvements to the missile and upgrades of all the radar systems. The system continued to be improved over the next 20 years, extending the range to 40 kilometers.

© Photo : Kallegauffin
Dubious Submarine Monument With 'Russian Threat' Undertones Divides Swedes
The Patriot has been developed against incoming missiles and other objects and is currently in use in 13 countries, including France and Italy. The Patriot has a range of 100 kilometers.

After the end of the Cold War, Sweden's air defense was slowly dismantled. In 1996, Sweden had 22 air defense battalions, as opposed to only two today.

First introduced to the Russian military in 2013, the Iskander-M is capable of hitting missile systems, rocket launchers, long-range artillery and command posts, as well as aircraft and helicopters at a range of up to 500 kilometers.

Last year, the Russian military moved those missiles to the exclave of Kaliningrad, which is sandwiched between NATO members Poland and Lithuania. The Defense Ministry explained that the relocation was necessary to counter the massive NATO military buildup on Russia's borders.

This is not the first time the Swedish Armed Forces has reacted to counter a perceived threat from Russia. Last September, a 150-strong task force was stationed on the Baltic isle of Gotland after the island was identified as a potential entry point for a Russian "invasion." The redeployment effectively ended Gotland's disarmament, which only lasted for about a decade.