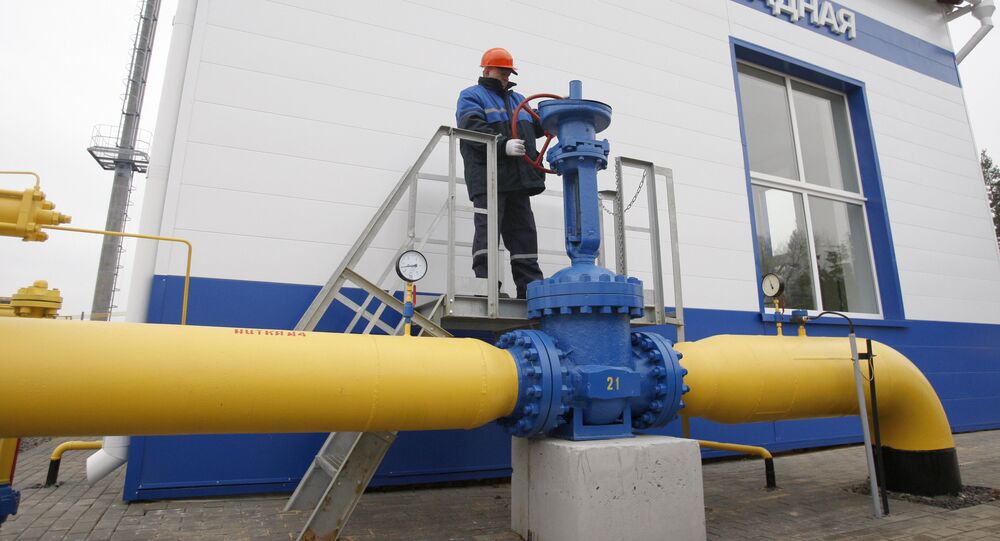 Blame Game: Kiev Sees Any Action by Russia as Plot Against Ukraine

Ukraine’s President Petro Poroshenko sees the Nord Stream 2 gas pipeline project as Moscow’s attempt to avenge Kiev’s victory at the arbitration court in Stockholm, which took the side of Ukraine’s Naftogaz in the dispute with Gazprom.

© Sputnik / Sergey Guneev
Ukraine Taking Measures to Prevent Nord Stream 2 Construction - PM
In a televised interview on Sunday, Poroshenko said that the Nord Stream 2 project aims to deprive Ukraine of $2 billion for the transit of Russian gas.
“This is a very serious threat to Ukraine from Russia,” he said, adding that Moscow thus wanted to “avenge its defeat” in Stockholm.

Russia and Ukraine have been locked in a three-year row over the price of Russian natural gas and delivery terms with Gazprom demanding the payment of $37 billion for its natural gas deliveries to Ukraine.

Even though the full text of the court’s verdict has not yet been published, the Ukrainian side said that the court had fully satisfied its demands concerning the “take-or-pay” principle and also sided with its right to resell the gas it imported from Gazprom.

The court also ruled that Naftogaz is entitled to a market-reflective adjustment of the price formula starting from 2014.

Meanwhile, Gazprom issued a statement earlier this month rejecting Kiev’s claims that the Stockholm court had nixed the “take or pay” provision in the dispute with Naftogaz.

The “take-or-pay” contracts require a client to purchase a set amount of gas and pay for the volumes it does not buy.

“We would advise the US to extend sanctions as soon as possible to all companies potentially involved in this project," Kobolyev told The Wall Street Journal.

“Any independent analysis will demonstrate that the laying of this pipeline is directed against the interests of the US. It is against the principle of European solidarity,” he added.

© Sputnik / Maksim Blinov
'Unpredictable Effects': Ukraine-Gazprom Gas Standoff 'Reaches a New Level'
On June 15, the US Senate voted almost unanimously for legislation to impose new sanctions on Russia. If the measure became law, it could include the Nord Stream 2 gas pipeline project.

In an interview with Sputnik, Stanislav Byshok, a political analyst with CIS-EMO international monitoring organization, said that Kiev was bending over backwards to fault Russia for just about everything.

“From an ideological standpoint, post-Maidan Ukraine is very Russophobic and no matter what Russia does is interpreted there as anti-Ukrainian. As for Nord Stream 2 or other energy projects being implemented by Russia, they are aimed at diversifying relations with our Western European partners,” Byshok said.

He added that because Ukraine fails to meet its gas or oil transit obligations, Russia needs to look for other ways, such as the Nord Stream 2 or Turkish Stream pipelines, to bypass Ukraine’s territory.

“This is all Kiev’s fault, but Poroshenko and the post-Maidan Ukrainian establishment prefer to interpret this as a “Russian plot against Ukraine,” Stanislav Byshok noted.

In addition to Gazprom, the Nord Stream 2 involves some of the world's largest energy companies, including E.ON, BASF, Wintershall and others. The pipeline's launch is planned for 2018.

The Prime Ministers of the Czech Republic, Hungary, Estonia, Latvia, Poland, Slovakia and Romania and also the Lithuanian president are against the construction of the Nord Steam 2 pipeline which they see as a factor of a global destabilization.