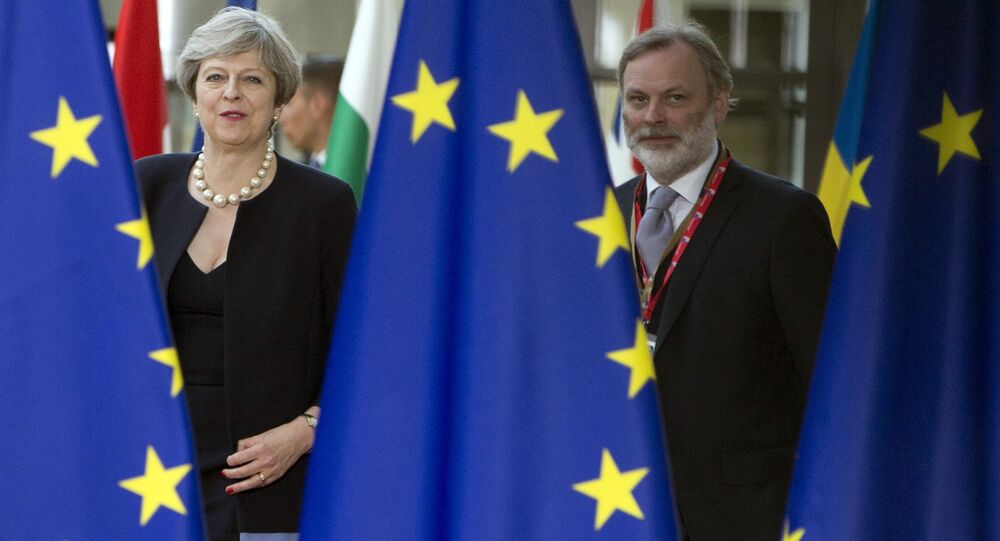 UK Prime Minister Theresa May will inform the country on how she will safeguard the rights of EU citizens living in Britain following Brexit. The PM's new plan is to protect the rights of EU nationals living in the UK for five years, and some experts believe the new provision is better than the previous "unworkable" one.

Mrs. May said she will produce a 15-page document which will outline her plan, after she was heavily criticized by European Union leaders for the uncertainty around the rights of EU nationals residing in the UK after Britain officially leaves the union.

.@TimFarron responds to Theresa May's proposals to give "settled status" to EU nationals who have lived in UK for 5 years pic.twitter.com/eS79M1z7tj

EU leaders want reassurance from May and the UK government has agreed that talks on a new trading relationship can't begin until sufficient progress has been made on issues such as citizens' rights. Every passing day of delay is making a final deal more difficult to strike.

#Brexit negotiations have begun: read our roundup to find out what's at stake ➡ ➡ https://t.co/K52vLS52Am pic.twitter.com/bSxVPSoixj

Hayk Sayadyan, a consultant solicitor from Gulbenkian Andonian Solicitors in London, told Sputnik that prior to Britain's decision to leave the bloc, EU nationals would acquire citizenship under EU law by exercising treaty rights for five years as EU citizens, for either work or as a student. Mrs. May has changed that process slightly.

"Instead of doing it through the normal process of EU law and the framework of EU regulations, it seems the PM wishes to provide a specific policy under which permanent residence — 'settled status' — is granted to EU citizens who are legally living here for a duration of time. So effectively, this is a special domestic measure as opposed to something that directly emanates from the EU law as such. It's nice, but it is a concession being made by the executives within their own powers, rather than anything else," Mr. Sayadyan told Sputnik.

Mr. Sayadyan also told Sputnik that "the new measure seems to be something that comes from the executives themselves and is not a 'creature of the EU law' under the free movement directive (the directive 204/38/EC)."

Theresa May's proposals plan to guarantee the rights on residency, healthcare, education, employment, benefits and pensions for EU citizens who have been in the UK for five years, and according to Mr. Sayadyan there is a legal reason for this.

"It is supposed to mirror the provisions of EA law, where what is called a ‘qualifying EU citizen' exercising treaty rights does so for a continuous period of 5 years and then acquires permanent residency. So it seems that this provision is there to mirror the basic principles contained in the EU legislation," Mr. Sayadyan told Sputnik.

So is this new government plan viable and can it work?

"Well, in terms of making a provision, it is a provision. And it's better than nothing. It's not ideal, but certainly the prior propositions that were heard, where it was suggested that — come 2019, everything comes to a grinding halt — was unworkable," Mr. Sayadyan concluded.