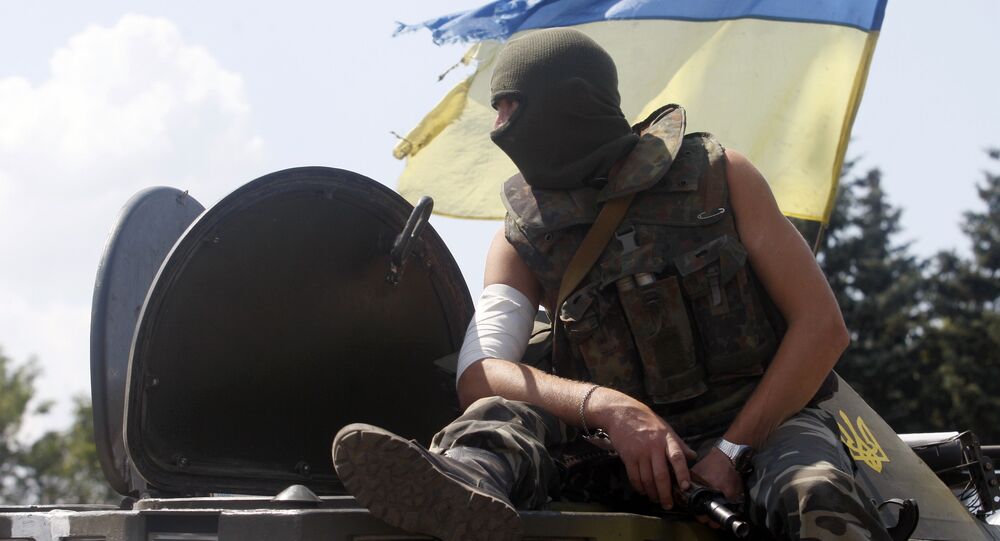 Ukraine supports the process of crisis settlement in the country's east via Normandy Four format and Minsk agreements, and will welcome more active involvement of the United States, President of Ukraine Petro Poroshenko said Sunday, adding that he received the relevant assurances from Washington.

KIEV (Sputnik) — Poroshenko stressed that Kiev supported the adoption of a Minsk process' road map that would "clearly define specific dates of what and when should be done."

"We stand in favor of preservation of the Normandy format and Minsk agreements and will only welcome — and we have received the relevant assurance — US role increase in this process," Poroshenko told Ukraine TV channel.

© AFP 2020 / ANATOLII STEPANOV
Red Cross Ready to Mediate Talks on Safety Zones in Donbass
Ukraine launched a military operation in Donbass in April 2014, after local residents refused to recognize the new government in Kiev that they viewed as illegitimate. In February 2015, the warring parties to the Ukrainian conflict signed the Minsk peace accords in order to enact a cease fire in the crisis-torn region. Germany, France, Russia and Ukraine, as the members of the Normandy Four, helped negotiate the Donbas ceasefire. It has been, however, repeatedly breached, with the conflicting sides accusing each other of violating the ceasefire regime.

The United States is not involved in the settlement process, though the issue has repeatedly been raised.