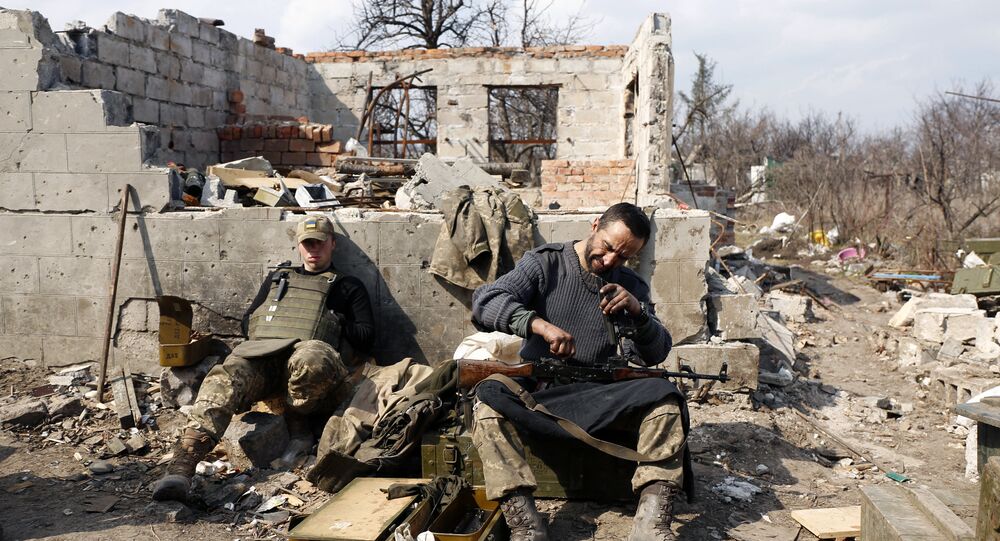 The Red Cross' international committee said it was ready to mediate talks on safety zones between the warring parties in Donbass.

DONETSK (Sputnik) – The International Committee of the Red Cross (ICRC) is ready to broker talks between the Ukrainian government and Donbass forces on the creation of safe zones in the east of the country, the charity’s Donetsk office chief Michel Saad told Sputnik Friday.

"The ICRC had proposed the creation of the safety zones since 2016… We continue to raise the importance of safeguarding the critical infrastructure from military activities. We are and remain available to discuss with all parties concerned about this concept, as well as the localization, the perimeter and to act as a neutral intermediary if agreed," Saad said.

The ICRC representative stressed that safe zones must include such critical infrastructure sites as, in particular, the Verkhnekalmiusskaya Filtration Station, the Donetsk Filtration Plant, the local network of pipelines, as well as main water pumps in the region.

© AP Photo / Markiv Mykhailo, Pool
The Bloodthirsty: Poroshenko Openly Calls for Continuing Donbass War
In February, the ICRC proposed to create "safety zones" in Donbass with an aim to enhance the protection of vital infrastructure in the region, such as water, gas and electricity plants or lines on the front line or close to it. According to ICRC President Peter Maurer, the creation of the "safety zones" must be agreed upon by all parties of the conflict, either directly or through a neutral intermediary like the ICRC.

The Donetsk authorities have repeatedly accused the Ukrainian military of shelling water facilities in the area.

© Photo : President of the Ukraine Press-Service
Poroshenko Gives Trump the Construction Magnate Titillating Offer on Donbass
In February 2015, Kiev forces and Donbass independence supporters signed a peace agreement in the Belarusian capital of Minsk. The deal stipulates a full ceasefire, weapons withdrawal from the line of contact in Donbass, as well as constitutional reforms that would give a special status to the Donetsk and Lugansk People's Republics. Despite the agreement brokered by the Normandy Four states (Russia, France, Germany and Ukraine), the ceasefire regime is regularly violated, with both sides accusing each other of multiple breaches, undermining the terms of the accord.

On Wednesday, the Trilateral Contact Group on Ukraine agreed on the ceasefire during the time of harvesting starting from June 24, the truce should last until August 31. The decision was later confirmed by the representatives of the DPR and the LPR, Ukrainian envoy Leonid Kuchma's spokeswoman Daria Olifer and special representative of the Organization for Security and Co-operation in Europe (OSCE) Chairperson-in-Office in Ukraine Martin Sajdik.