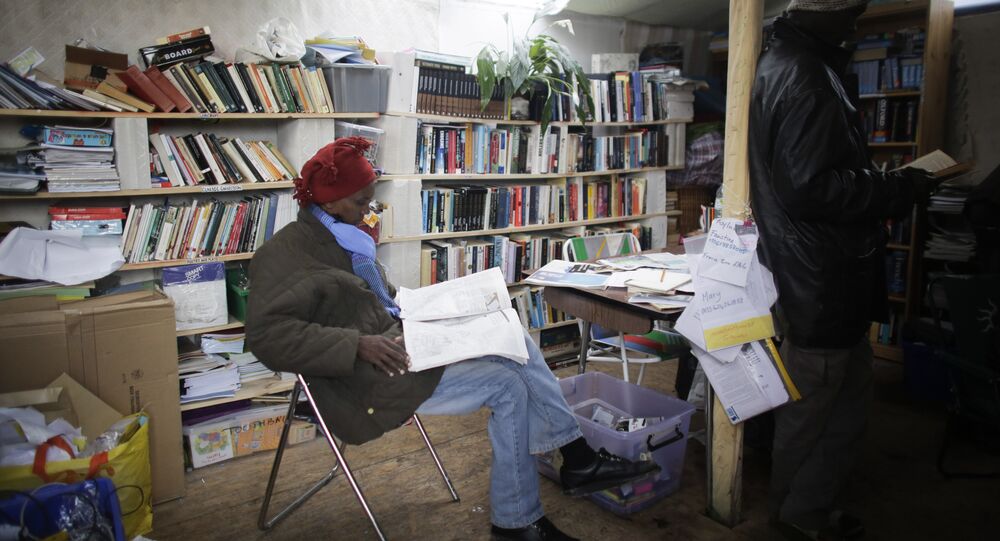 Sweden's Chancellor of Justice (JK) has launched a preliminary investigation into a public library in the city of Karlstad which is suspected of refusing to lend books to migrants and Roma and possibly violating Swedish library law, which stipulates everyone's equal right to borrow books.

© AP Photo / Vadim Ghirda
Sweden Says Sorry for 'Roma Registry,' Recompenses Victims
Last week, the Swedish daily Dagens Nyheter revealed that Karlstad City Library had put together a blacklist of migrants and Roma. The newspaper claimed the list to be used for liming the lending of books, movies and music, despite the fact that Swedish law clearly states that everyone is entitled to access to the library services.

According to Dagens Nyheter, library cards issued to EU migrants without a permanent home address in Sweden were coded in a way to specifically prevent the use of the library's core facilities, such as the lending of books, movies and music. Instead, the restricted card holders could only make use of the library's computers and take advantage of the on-site offerings. All in all, the blacklist reportedly featured 120 persons "with Romanian or Roma-sounding names."

The new library law, which was updated in 2014, stipulates that library services should be made available to everyone, as opposed to "all citizens," as stated before. During the preparation of the law, the Swedish government explained that the availability of libraries should not be limited on the basis of citizenship.

Karlstad City Library denied the allegations of blacklisting and defended the restricted cards with the fact that the library would be unable to send a bill if a book is delayed or never returned.

© Flickr / Bengt Nyman
We Don't Serve Your Kind Around Here! Swedish Nightclubs Bounce Migrants
According to Karlstad City Library director Åsa Hansen, the restricted group would still enjoy the opportunity of reading books on the spot. She also noted that the group never borrowed books.

"They usually come here to use the computer, watch movies or listen to music. There has been no demand from EU migrants to borrow home books," Åsa Hansen said. She also called this group "special" in terms of attention needed. "It's a group we have to provide some extra help to. Sometimes, we have difficulties understanding each other. They can neither speak nor write [Swedish]," Åsa Hansen explained.

"It is very remarkable that they have gathered a certain group of people in a special register. This in itself is a clear sign of discrimination," Johanna Westeson of Amnesty Sweden told Dagens Nyheter. She also slammed the statements made by the library director as a clear example of an aggressive and prejudiced attitude. According to her, libraries play a particularly important role in society, not least for the exposed and marginalized groups.

Westeson stressed the fact that EU migrants were completely legitimate in Sweden thanks to the EU's free movement, yet habitually encounter discriminating restrictions in various Swedish institutions.