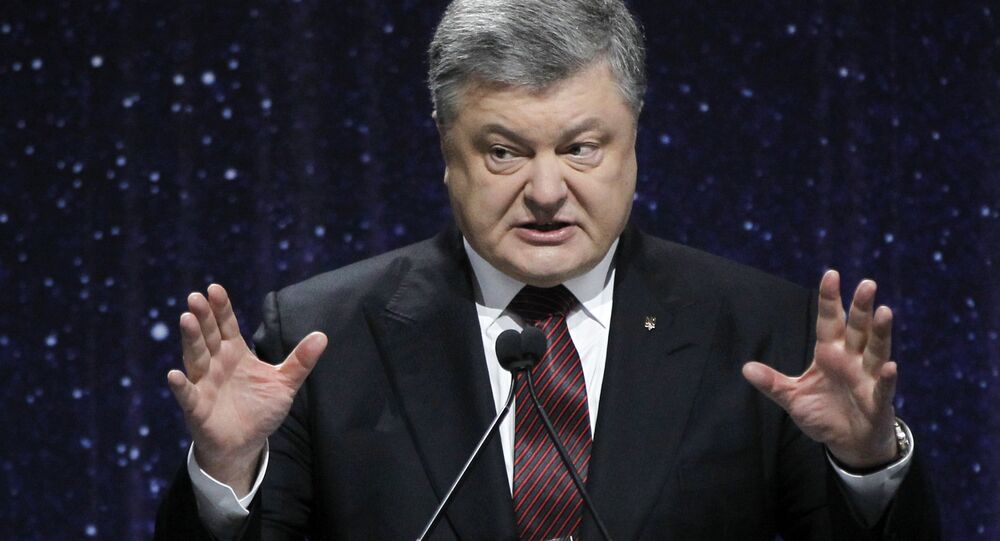 A number of important US ministers will visit Ukraine in the next two to three months and Kiev looks forward to signing agreements on US arms supplies, Ukrainian President Petro Poroshenko said Wednesday.

KIEV (Sputnik) — Poroshenko added he expected the visit of US Secretary of State Rex Tillerson to Kiev in the near future.

"We are waiting for visits of high-ranking US officials in the near future, two to three months, where agreements will be signed, first of all, what interests me, regarding defense cooperation, regarding the supply of US arms, cooperation in the defense industry, economic and energy cooperation," Poroshenko said in Washington at a briefing on the results of his visit to the United States, which was broadcast by the 112 Ukraine television channel.

© Photo : President of the Ukraine Press-Service
Poroshenko Claims Negotiated Defensive Weapons for Ukraine With Trump
Russia has repeatedly warned against plans to supply arms to Ukraine, since this step will only lead to an escalation of the conflict in the Donbas. As the Russian president's spokesman Dmitry Peskov repeatedly stated, the supply of arms to Ukraine from the outside will not contribute to the settlement of the crisis in the Donbas and the implementation of the Minsk accords.