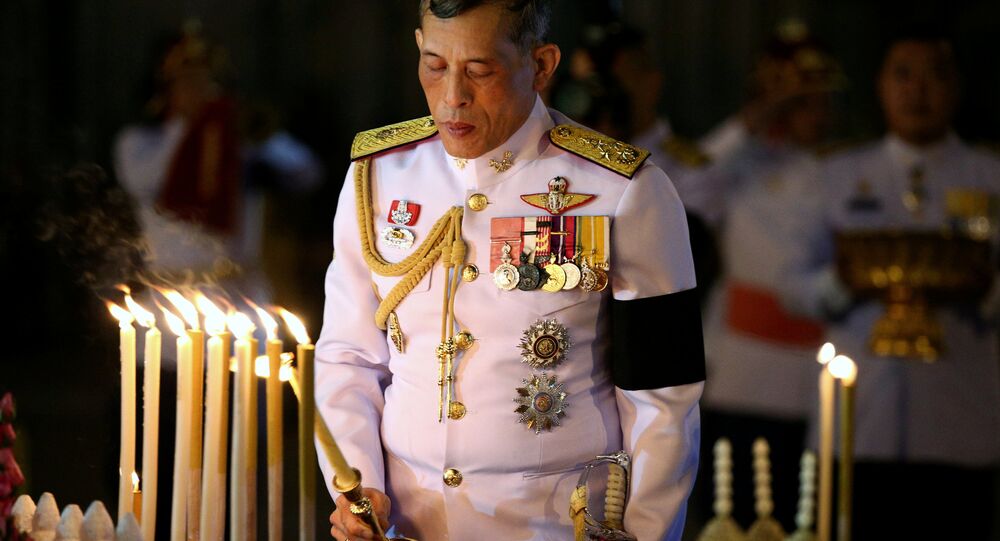 The king of Thailand was fired upon by a pair of assailants during his visit to Germany. Fortunately for the king, the shooters were a pair of young teenagers armed with airsoft rifles.

King Maha Vajiralongkorn was cycling through Landshut, Bavaria, in southern Germany when a pair of boys aged 13 and 14 accosted him. He was one of several cyclists who were shot at. Later that some day, the boys shot more pellets at the king's car but struck no one. The king's guards then detained the two boys.

The incident happened to occur on World Naked Bike Riding day, although it wasn't clear whether the monarch, known for his penchant for dressing in revealing clothing, was participating in the festivities.

Reports as to whether the king was struck by a pellet conflicted. Some reports claim he wasn't, while others say that the king was struck in the back. Prosecution spokesman Thomas Rauscher said that the king does not intend to press charges. However, German authorities may charge the older boy with attempted dangerous bodily harm. The younger is too young to be held criminally liable.

"The king was not interested in taking any legal action against the boys … But in Germany, it is not up to the victim to decide [about the charges]," said Rauscher.

King Vajiralongkorn, who ascended the throne in October following the death of his father Bhumibol Adulyadej (who had reigned for over 70 years), frequently visits Bavaria. He owns two villas along the shore of Lake Starnberg.

Some Thai critics have even mocked the king by calling Munich the "new capital of Thailand"since the king spends so much time there. While King Adulyadej was adored and nearly deified by his people, his son is far less popular and has yet to be formally coronated.

However, Thailand's strict lese-majeste laws make it illegal to report on the royal family's private life. In May, Bangkok announced that it would take legal action against Facebook for refusing to delete posts critical of the crown.

US Concludes Readiness and Training with Thai, Singapore Warships - Navy