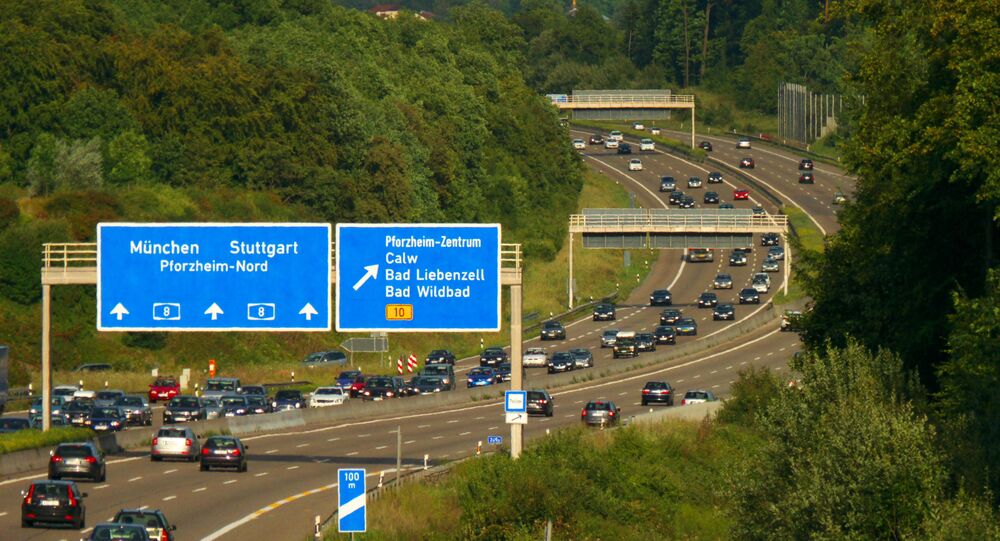 © AP Photo / Evan Vucci
Merkel: Germany May Use Trade Protection to Prevent US Steel Import Restrictions
Germany's toll system, already mired in controversy over allegedly "discriminatory" tolls for foreigners, has found itself at the center of another debate, after Guido Wolf, a minister of justice for Baden-Württemberg, suggested using the image recognition and identification capabilities of the system to track criminal suspects.

The idea seems simple enough: if law enforcement has access to data picked up by the toll identification system, police can better track the suspects they seek. Sounds reasonable, right?

Not so fast, says Herbert Mertin, Wolf's colleague from Rhineland-Palatinate, who argued that expanding the toll system's functionality would break a promise the authorities made to the German people that the system's data would only be used for billing purposes.

"Now someone wants to break this promise given to citizens back then," Mertin said at a meeting of 16 German justice ministers.

According to Deutsche Welle, Mertin acknowledged that discussion of the issue is going to be "very controversial."

Wolf claimed that legislative amendments are "allowable" by the constitution, if the legislation is written down precisely.

"In the case of exactly prescribed capital offenses, it seems definitely worth considering prosecuting authorities being allowed closely confined access [to road toll data]," he said. "I could imagine, access being allowed only after a judicial decision in the case of the most serious of crimes."

But Mertin argued that according to Germany's Constitutional Court, when data is collected for a specified purpose, it should only be used for that purpose.

The ministers have a plenty of time to debate, as the system, which currently works only for trucks, is expected to become fully operational only in 2019. The system was delayed after Austria, the Netherlands, Denmark and Belgium filed a complaint with the European Commission that the billing system is unfair and will discriminate against non-German drivers.

German car owners will be granted a tax reduction equal to the amount of the toll, thereby eliminating the financial burden of the new system. The idea was approved by the German cabinet in 2014, and has since then been fiercely disputed within the EU.

How Qatar Row Could Impact China's One Belt, One Road Project