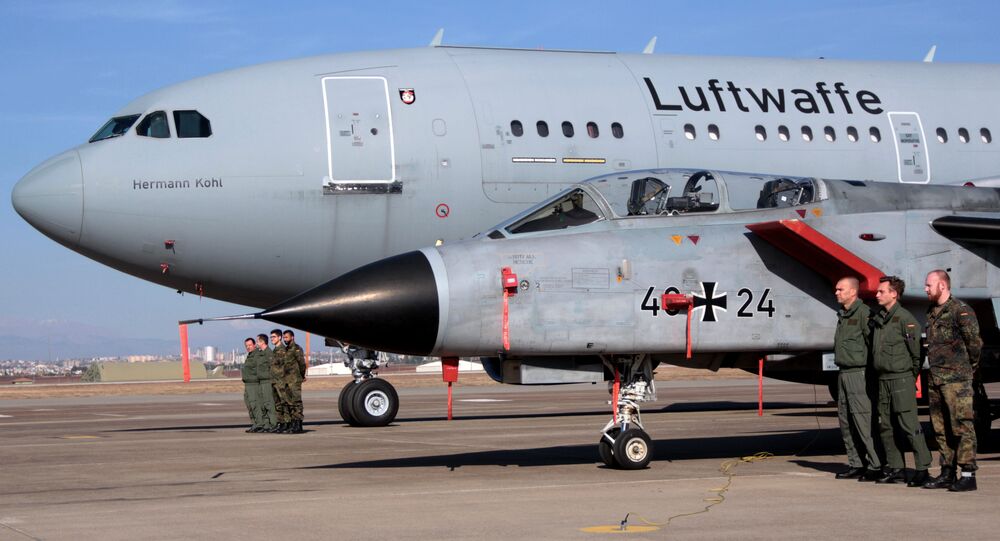 Bundestag, the lower house of Germany's parliament on Wednesday approved the government’s decision to withdraw German troops from the Turkish airbase Incirlik.

BERLIN (Sputnik) — A total of 461 of 569 Bundestag members voted in favor of the decision.

© AP Photo / Alik Keplicz
Incirlik Rule: Bye-Bye Bundeswehr, NATO Next
In early May, Turkey blocked a group of German lawmakers from visiting servicemen stationed at Incirlik which was used by Germany to carry out reconnaissance flights as part of the international operation against Islamic State (IS, outlawed in Russia) terrorist organization. Mustafa Yeneroglu, a Turkish lawmaker representing the ruling Justice and Development Party (AKP), told Sputnik that the decision to ban German lawmakers from entering the base was made due to the threat posed by politicians who supported the Kurdistan Workers’ Party (PKK), a group listed as a terrorist organization in Turkey.

On June 7, the German government backed the relocation of German troops from the Incirlk base.

Earlier this week, German Defense Minister Ursula von der Leyen said Germany would begin the relocation of its military airplanes and equipment to airfield Azraq in northern Jordan in July.