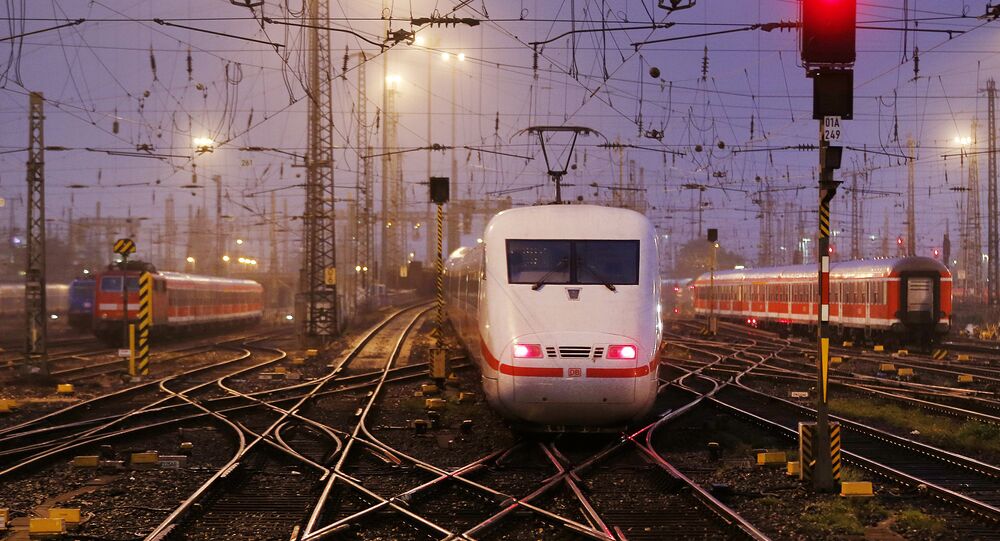 Radical left-wing protestors have claimed responsibility for a strong of arson attacks on the Deutsche Bahn, in protest at Germany's hosting of the G20 summit next month.

© Photo : Pixabay
Hands Up! Volunteers Wanted by German Police for Facial Recognition Surveillance
A radical left-wing group has wreaked havoc on train lines across Germany in protest at the upcoming G20 summit in Hamburg.

German police and prosecutors have identified 13 arson attacks carried out in the early hours of Monday morning. They are currently taking samples from the crime scenes in order to analyze the chemical composition of the fuel used to light the fire and get some clues about the perpetrators.

"We have identified the damage and forwarded our findings to the state security services, who are currently investigating," German federal police spokeswoman Nicole Bellinghausen told Sputnik Deutschland.

"The investigation is under way. In some cases, these improvised incendiary devices were disarmed before they could cause any damage. Two state police officers discovered a hidden device at the Leipzig-Leutzsch train station before it was ignited," Kathleen Doetsch, spokeswoman for the Saxony Police's Operative Defense Center, told Sputnik.

© REUTERS / Morris Mac Matzen
Germany Prepares for Radical Leftist Protests During G20
Later on Monday morning, a group calling themselves "Shutdown G20 – take Hamburg off the net!" published a statement in which they took responsibility for the vandalism.

They attempted to justify setting fire to the cables, claiming that they represent the "central nervous system" of capitalism, transporting goods, labor and data.

Citing concerns about "neocolonial expansion" and "exploitation of new markets and new workers," the activists said they want to disrupt the G20 summit in order to stop the capitalism "machine" from "running smoothly."

The arson attacks are not the only attempt to disrupt Germany's preparations for the G20 summit held in Hamburg on July 7 and 8. On Wednesday, a court in Hamburg granted a request by the organizers of a 3,000-tent protest camp to allow them to occupy Hamburg's city park for the duration of the summit.

The demonstrators were granted the right to protest despite the opposition of city police. According to Hamburg police chief Ralf Martin Meyer, the authorities are expecting as many as 30 demonstrations to take place, with some still locked in legal disputes.