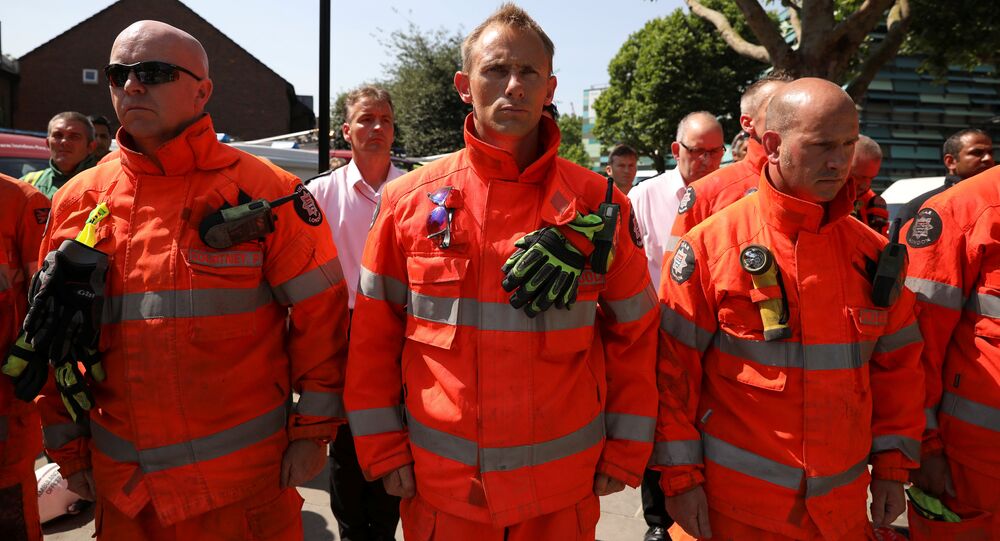 Over the last three months the UK has had to endure three terror attacks and one major fire, all of which has resulted in the deaths of 115 people. These events have placed a huge strain on the emergency services which, according to sources, have had to face huge budget cuts.

Metropolitan Police Commissioner Cressida Dick has warned that the force cannot afford any further cuts to its budget. As a result, the UK Home Office said it will have "detailed engagement" with police over planned funding changes.

Met Police Commissioner, Cressida Dick: "London has woken up to the news of another appalling attack on our city."

​The Home Office said no decisions had been taken but acknowledged that the proposals were the subject of active discussion.

"The Government is undertaking a period of detailed engagement with policing partners and independent experts on the police funding formula," a spokesman said.

"New proposals will not be implemented without a public consultation."

London Mayor Sadiq Khan has already expressed concern over the capital's police force which is facing a whopping cutback of US$400 million, and could stand to lose between US$174 million — US$700 million a year under the proposed new changes. This of course, would ultimately lead to a smaller — and weaker — force.

"I am in a conversation with the government to say, given what has happened, we actually do not need large cuts, that is for sure," Commissioner Cressida Dick said in a recent interview.

"I am sure we can become more efficient over the next few years. I am sure we can save costs and money in parts. But, no, I do not believe the Metropolitan Police should suffer large cuts," she added.

​However, Sadiq Khan has warned that even if the funding formula changes were dropped, the police in the UK would still be struggling financially.

"The Home Office has already made the Met find US$600 million of savings following cuts since 2010," Mr. Khan said.

"Their plans to make the Met find a further US$400 million of savings on top of this over the next few years will have a big impact on policing in London," Mr. Khan added.

It is not just the London police who are struggling, but also the fire service.

In the days after the Grenfell Tower fire, feedback on resources from firefighters who attended the blaze was mixed, with some expressing clear frustration.

​According to sources, since 2010, more than 10,000 firefighters have been axed, dozens of fire stations closed, fire engines scrapped and levels of emergency rescue equipment slashed.

In London alone, 10 fire stations have been closed down, 27 fire engines axed and more than 600 firefighter posts have been cut.

Every year response times are increasing and 2015-2016 saw a 15 percent rise in fire deaths compared with the year before.

Labour Party leader Jeremy Corbyn said in Parliament on June 21, that US$2.3 billion cuts have been made to UK emergency services, yet that the UK firefighters did, do and will continue doing an outstanding job, working incredibly long shifts because there are 600 fewer firefighters in London due to the cuts that the former mayor of London, now Foreign Secretary Boris Johnson, made in 2010.