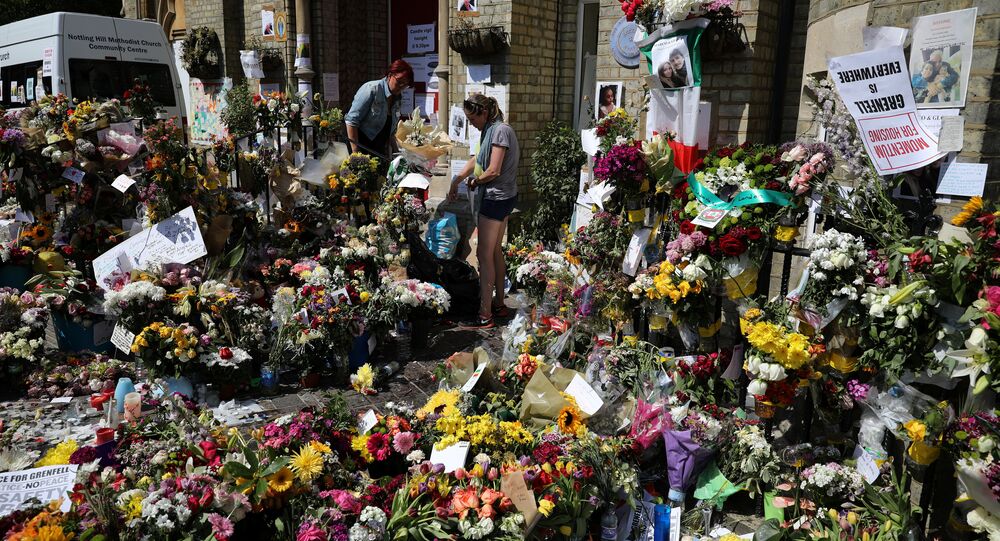 It's been days, but for the residents of Grenfell Tower it probably feels a lot longer, since news that a West London Tower block had gone up in flames and not everyone was able to escape dominated the headlines.

In the hours following the fire, families and friends of people who lived in Grenfell Tower frantically walked the streets near Notting Hill, handing out missing people's posters and pinning them to shop windows, all in the hope that their loved ones would be found safe and sound.

The Metropolitan Police recently announced the number of dead has increased to 79.

As hopes of finding loved ones alive fade, it is clear that Wednesday, June 14, will be a day nobody in the UK will forget.

Those who watched the Tower burn into the late hours of the evening, and firemen frantically trying to put out the blaze, questions on how the community would move forward were raised.

Since the catastrophic fire at Grenfell Tower there has been mounting criticism of the government's response and support for survivors, which has appeared haphazard, poorly coordinated and lacking in leadership.

However, the local churches were the ones who stepped up and offered a hand to those in need.

In the community where Grenfell Tower once stood, two churches came out to support the people and give hope to those suffering.

Notting Hill Methodist Church was one of them, and over the last week they have relied solely on volunteers.

Michael Ivatt, Connexional team member at the church, said that they responded in the only way they knew how, also make sure the response time was as quick as possible.

"The church here is the first one you come to outside the Grenfell Tower, so a lot of people recognized this as part of the community. As soon as they realized there was a problem, people came and volunteered their time. So we responded very quickly," Mr. Ivatt told Sputnik.

According to Mr. Ivatt the church had around 40 volunteers who helped them in the days following the fire, however as things began to calm the numbers decreased to around 15 people.

"We have people looking after flowers and providing support for those who are grieving, as well as street parties providing emotional help. We are looking at dealing with the individuals who will need to grieve, as they have lost friends and family and there are those who witnessed people dying."

Mr. Ivatt acknowledges that in the weeks to come there will be key milestones, such as when the first funerals take place, and this will no doubt bring a return of emotion. However, he also believes that what is vital now is how the church is able to support the community in the long-term.

Mr. Ivatt sees them as playing a crucial role in helping to rebuild the trust between the residents and the government.

At Nottinghill Methodist Church — the Queen is by Grenfell Tower now. And apparently press conference from police at 12.15 pic.twitter.com/94r7VeNdf7

© REUTERS / Neil Hall TPX
A woman wipes away tears as others pray during a service at a church near the Grenfell apartment tower in North Kensington, London, Britain, June 18, 2017.

Mr. Ivatt said that the mood since the event of the fire has been quieter, and that things are calming down but in general, the community is still shaky about what has happened. There is still anger, but the church and its volunteers are trying to help the people to channel this anger into something positive, as there is still so much to do.

"The learning for all organizations is that there has to be a plan. Where people are suddenly homeless and vulnerable, it doesn't matter what the cause is, you have to react to it timely. We didn't ask too many questions, we just got up and running," Mr. Ivatt told Sputnik.