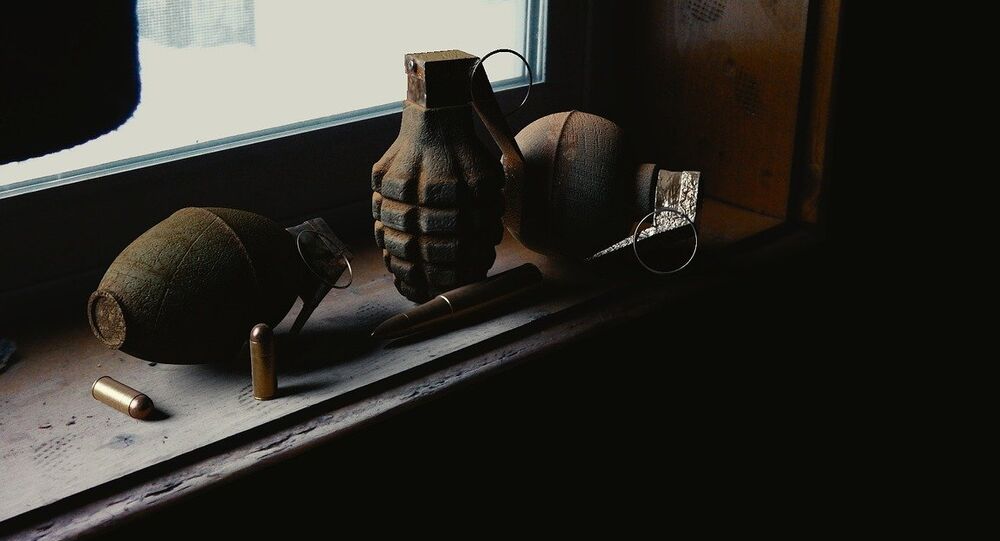 Amid an unprecedented rise in the possession of illegal explosives, which has been described as a "unique Swedish problem," the Swedish government wants to introduce a temporary amnesty. Owners of illegal hand grenades would thus be able to hand them over to the police without risking a prison sentence.

© Photo : Pixabay
Startled Swedes Hoard Arms to Protect Themselves Against Gangland Violence
In recent years, Sweden has seen an explosive increase in hand grenade-related incidents. According to Interior Minister Anders Ygeman, amnesty could potentially reduce the number of grenades and other explosive devices owned by private citizens. If the bill is adopted, the public will be able to hand in explosives from construction work, ordnance from World War II and police grenades between October 2018 and January 2019.

"This is primarily about curbing access to hand grenades, thus making it more difficult for criminal elements to get hold of them," Anders Ygeman told Swedish Radio.

Previously, police have on several occasions introduced amnesty for firearms in Sweden, allowing people to hand in weapons without risking prosecution. However, the inclusion of explosives into the list of amnesty articles has until now been considered dangerous for police staff.

Unlike firearms, explosives will not be simply left at police stations, but will be instead be collected by police staff after they are duly contacted by the respective proprietors.

© AFP 2020 / JONATHAN NACKSTRAND
From Hundreds to Thousands: Sweden Crawling With Daesh Sympathizers
Hand grenades were previously reported to be an increasing problem, with high accessibility among criminal groups. Ygeman himself admitted that hardened criminals' enthusiasm for the amnesty program is unlikely.

"On the other hand, people who have come across explosives, perhaps during construction work, and decided to keep them despite the lack of authorization, will get an opportunity to hand them in, so that we can ensure that they don't end up in the hands of criminals," Ygeman said.

While the proposal is still under consideration, the police have not yet taken a stand. Hans Olsson, work environment ombudsman at the Police Association, is cautiously positive about the proposal, provided that a proper risk assessment will be carried out.

In 2016, Swedish police reported a steep 170-percent rise in incidents involving hand grenades, which was unprecedented in the rest of Europe, the Swedish daily Svenska Dagbladet reported. The problem gained international attention after an eight-year-old Somali boy died in a hand grenade explosion in Gothenburg.

"The arrival of this phenomenon in Sweden is unusual. We rarely see hand grenades being used in this way internationally," Stefan Sinteus of Malmö Police told Swedish Radio. In Malmö alone, the number of grenade attacks jumped from eight in 2014 to 52 in 2016.

© Sputnik / Sergey Venyavsky
#InstaGun: Swedish Police Powerless to Stop Social Network Black Market
One of the reasons for the spike in explosives circulation is that hand grenades is a loophole in the law, which at one point failed to classify hand grenades as a weapon. This allowed large-scale smuggling in Sweden without the risk punishment.

Many of the grenades were suspected to have been smuggled in from the Balkans, where there is still a surplus of weapons from the civil wars of the 1990s and early 2000s.