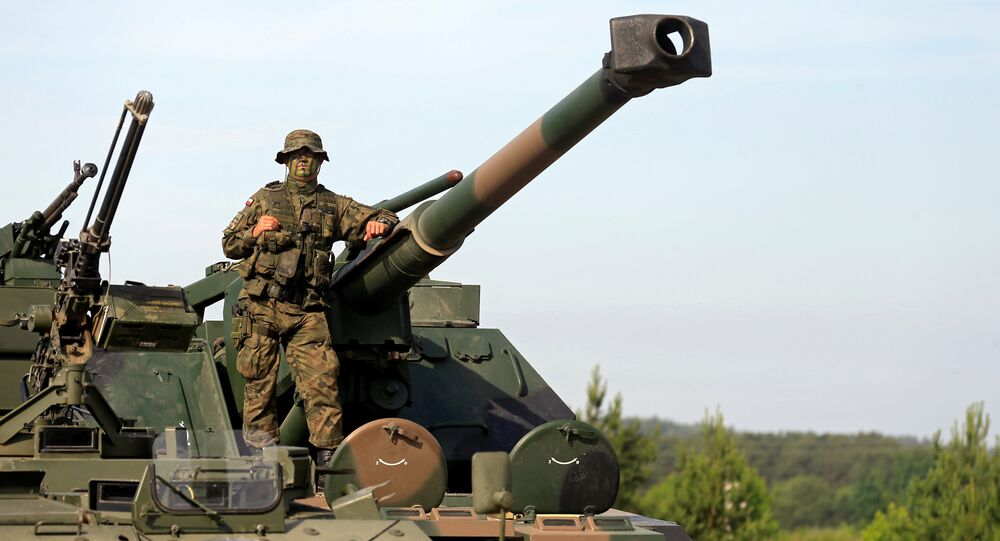 A huge part of Poland's military expenditure is spent on the purchase of obsolete US weapons rather than the modernization of the Polish army under the pretext of the so-called "Russian threat," expert Tomasz Jankowski told Sputnik.

© REUTERS / Kacper Pempel
Poland Ready to Raise Military Spending 'to Attract US Attention'
In an interview with Sputnik, Polish expert Tomasz Jankowski said that a vast part of Warsaw's military budget is earmarked for the purchase of moth-balled US weaponry, not the modernization of the Polish army.

He said that the so-called "Russian threat" is just a pretext for NATO members in Europe to be sold the US-made weapons.

Washington, for its part, sees all this as a great opportunity, not only to make profit, but also to get rid of obsolete weaponry, according to Jankowski.

"There is open secret during the presidential elections in the United States that every president should be blessed by the country's military industry. In the case of NATO and other US alliances, this is mainly dictated by the need to sell weapons. The fact that Washington currently insists on the sale of weapons to its allies may indicate a crisis in the US military sector," he said.

"As for Poland, it has been acting for a long time as a supplier of revenues for the US defense industry. For example, Warsaw plans to spend billions [of dollars] buying F-16 fighter jets or Patriot missile systems," Jankowski added.

According to him, allegations about "the Russian threat" hold no water, especially in light of the latest events.

"I would also like to note that there is no 'Russian threat ', if only because we are unable to indicate any place where the Russians really threatened America or its allies. It's America, not Russia, which can be called the provocative and aggressive side, and the downed Syrian plane testifies to this," he said.

Jankowski added that "the anti-Russian propaganda works to create the emergence of an alleged threat to NATO countries and an argument in favor of the purchase of American weapons."

In his opinion, the same goal is related to the White House's demand for NATO countries to increase their military spending to 2 percent of GDP.

"Warsaw attributes the need to increase its military spending to the alleged growing threat from Russia. But a huge part of this money is spent not on the army's modernization but on the purchase of obsolete US weapons which are not used by Americans themselves. For example, Patriot missiles are no longer used in the US army, and it is profitable for US military concerns to sell them to other countries," Jankowski said.

© REUTERS / Kacper Pempel
US Army Prepares to Move More Firepower Into Poland
It is worth mentioning that Poland spends (proportionally more on defense than any other European power: the country raised its military expenditures by 13 percent between 2013 and 2014, spending 2.1 percent of its gross domestic product (9.9 billion dollars) this year on the military.

In total, Warsaw is planning to spend about 42 billion dollars on its military upgrade over the next ten years.