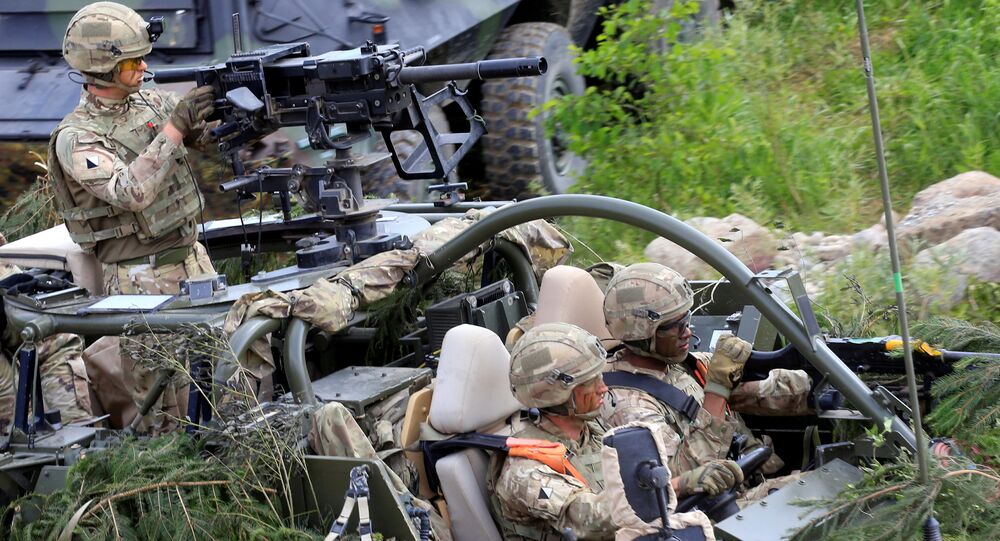 A NATO Hummer SUV carrying US servicemen rammed into a civilian car in Lithuania, injuring several people inside.

© CC BY 2.0 / Program Executive Office Soldier / U.S. Army snipers
Get Off My Lawn: Latvian Man Outraged by Unannounced NATO Drills in His Backyard
The incident occurred in the Lithuanian city of Marijampole on Tuesday, June 20.

The Hummer was apparently driving at a speed of about 50 km/h when it rammed into a passing Volkswagen Passat occupied by four young women at one of the city intersections, according to the Lrytas.lt news portal.

The US soldiers immediately stopped and hurried to provide first aid to the Volkswagen’s passengers, three of whom required hospitalization.

The US soldiers involved in the incident apparently belong to the Minnesota National Guard 2nd Battalion, which is involved in the ongoing Iron Wolf 2017 NATO military exercise, the news website adds.

Meanwhile, NATO forces held a large-scale military exercise on the border between Poland and Lithuania, in an area known as the Suwalki Gap.

About 1,500 US, British, Polish, Lithuanian and Croatian servicemen were involved in the exercise, which simulated a hypothetical attempt by Russia to cut off the Baltic States from the rest of the NATO members.

"I think it's important for the soldiers to train on land that they may have to defend someday," Maj. Gen. John Gronski, deputy commander of the US Army Europe, declared.