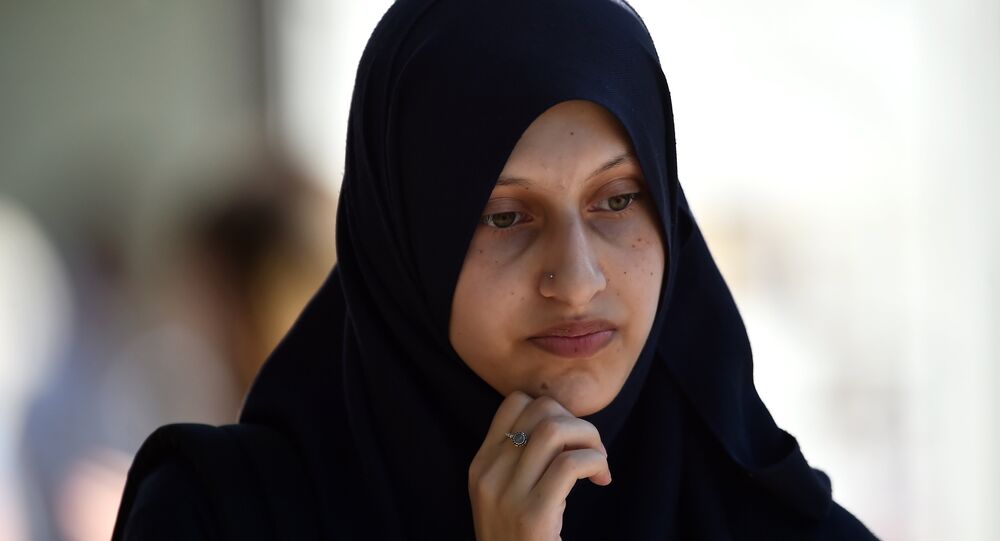 Is UK Mainstream Media the Architect Behind Inciting Hate Against Muslims?

The Finsbury Park terror attack on June 19, in which a white man drove a van into worshippers near a north London mosque, has left many UK Muslims feeling unsafe, whilst others have called out the authorities - as well as UK mainstream media - for inciting hate.

As worshippers finished their prayers, a man driving a rental van mounted the pavement and drove into a crowd of people leaving the Muslim Welfare House, which is a two-minute walk from Finsbury Park Mosque.

The attack has caused concerns and fears among many British Muslims, with some saying it was a consequence of long-held anti-Islamic sentiment, particularly among media outlets.

Collation of a series of hate against Muslims from the Sun newspaper: front pages, scaremongering & columns of hate https://t.co/2rFcGHDPvA

Roshan Salih, editor of British Muslim news website 5Pillars, said he is not surprised the terror attack took place, however he is shocked it took so long for something like this to happen.

"There has been a climate of hate against Muslims for over a decade and it accelerated after the Iraq war and the London 7/7 bombing. My analysis is that when the former UK Prime Minister Tony Blair invaded Iraq, in order to avoid people questioning the country's foreign policy, the British state took a strategic direction to deflect the people in the UK away from the government's actions. So they put the onus on the Muslim community to sort out 'their' terror and radicalization problem. UK mainstream media backed up that strategy by conflating social conservatism in the Muslim community with terror, by conflating political dissent with Britain's wars abroad and therefore, making the Muslim community a suspect community," Mr. Salih told Sputnik.

A vigil in support of the victims was held on June 19 outside the Finsbury Park mosque, where Londoners gathered for a show of solidarity and unity against all terror.

​Mr. Salih believes that hatred has been stirred up as of late, which led to the government's implementation of UK's counterterrorism Prevent program.

"The Prevent strategy in schools and hospitals is encouraging people to look out for signs of radicalization. So when you create this cycle of hate by demonizing Muslims day in and day out, and not just terrorists, but ordinary Muslims who have socially conservative views or those who disagree with the government's policies, there will be individuals who latch onto that and create hate attacks against Muslims and I expect more to happen in the future," Mr. Salih added.

Muslim leaders should not have stood with Theresa May at #FinsburyPark yesterday. She is the architect of state Islamophobia in UK — Prevent

However, the counterargument is that the Prevent strategy was designed to stop people from being drawn into terrorism and is essential to ensure that they are given appropriate advice and support by allowing police and intelligence agencies to work with local groups and institutions where there are risks of radicalization.

"There needs to be more transparency to overcome concerns that #Prevent promotes prejudice." @CCLeicsPolice, @PoliceChiefs lead for Prevent.

​Mr. Salih expects that there will be further attacks directed at the Muslim community, as whenever there is a terror attack, anti-Muslim behavior increases.

"The solution is that the Muslim community should police themselves like the Jewish community does — so, self-policing outside Mosques in conjunction with local authorities. But that's just a short-term fix; we need to address this environment of hate," Mr. Salih said.

Mr. Salih placed huge emphasis on mainstream media, which, he believes, has given a clear platform for people to preach hate and demonize the Muslim community.

​"I think UK mainstream media need to reflect as they create a platform for hate preachers, such as Tommy Robinson [leader of the English Defense League] and Katie Hopkins [media personality], who both should be doing time in jail. The media need to stop inviting these people and giving them platforms. The Prevent strategy needs to be scrapped and we need to address state-sponsored Islamophobia, media Islamophobia and they need to beef up security outside Mosques," Mr. Salih concluded.