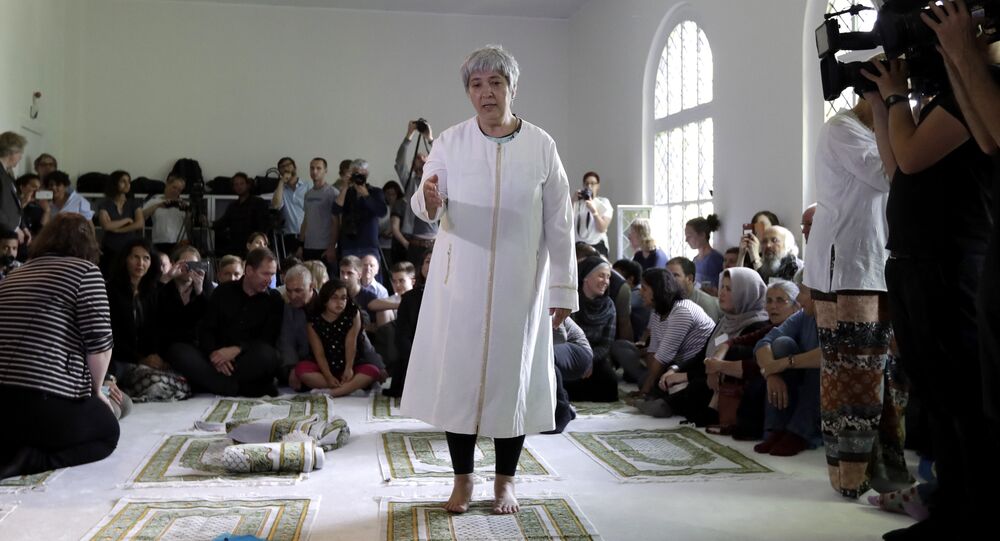 Seyran Ates, a female lawyer and campaigner for a more liberal form of Islam, has organized Germany's first liberal mosque which has held its first Friday prayers – for men and women.

The mosque is called Ibn-Rushd-Goethe-Mosque, named after the 12th century Muslim philosopher Ibn Rushd and the German playwright Johann Goethe.

The liberal mosque is the brainchild of Seyran Ates, a lawyer who was born in Turkey and moved to Germany as a child. It is the first in Germany in which face veils are banned and men and women worship together. The mosque also welcomes Muslims from all denominations, in an attempt to bridge the Sunni-Shia divide.

Ates told Spiegel Online that the mosque is intended "for those who, until now, haven't felt at home in any mosque in Berlin."

"They want to practice a modern, peaceful, liberal and tolerant faith, and they do not want any politically divisive sermons. For example, one Muslim came to us because he is frightened by the backwardness and hatred that prevails in many prayer houses here and goes to churches instead."

"By the way, many refugees who have fled from a radical interpretation of Islam have also made contact with us. They report that the Imams preached more liberally in Syria than here in Germany. Basically, the doors of the mosque are open to everyone — with one exception: no-one can come to our mosque with a niqab or burqa," Ates said.

Prior to setting up the mosque, Ates had been campaigner for a more liberal form of Islam including equal rights for men and women. She has written several books on the subject, including "The Multicultural Mistake" and "Islam Needs a Sexual Revolution."

"It is not a contradiction for me to be a Muslim and a female lawyer. I have always been a believer but for a long time I saw it as a private affair and therefore didn't seek to organize anything with others who also want to practice a modern Islam. However, I came to realize that this mindset is not correct."

Ates got the idea for the mosque following a meeting with then-Interior Minister Wolfgang Schaeuble, who initiated the formation of the German Islamic Conference, which aims to encourage the better integration of Germany's Muslim population.

"Ultimately, it is irresponsible, as a progressive Muslim, to censure the conservative associations, but to leave the religious education of children and young people to them rather than to take action oneself. When I was a member of the Islamic Conference, Schauble always told me that the liberal Muslims should get together."

© AFP 2021 / Thomas Frey / dpa
Undercover Reporter Finds Subversive Sermons in 'Normal' Mosques Across Germany
However, her efforts to encourage a more open interpretation of Islamic scripture have met with hostility from some conservative imams. Ates has received threats of violent attack and police officers guarded the premises on Friday amid security concerns.

Islamic scholar Dr. Abdel-Hakim Ourghi is also one of the founders of the mosque. He said that the mosque wants to appeal to the "silent majority" of Muslims who reject radical Islamism.

Representatives of the local Jewish, evangelical Christian, gay and lesbian groups were also at the opening, as was German SPD politician Heinz Buschkowsky. A former mayor of the Neukoelln borough of Berlin, he has caused controversy with public criticism of Muslims in Germany for failing to become integrated.

Following a press conference, Ates, who is training to be an imam, held Friday prayers with the help of another female imam who had flown in from the US. To highlight the inclusive nature of the church, prayers were followed by some religious songs, Kurdish music, Sufi poetry and Alawite dances.

Time will tell whether the Ibn-Rushd-Goethe-Mosque is able to build a following of liberal Muslims, as its founder so hopes.