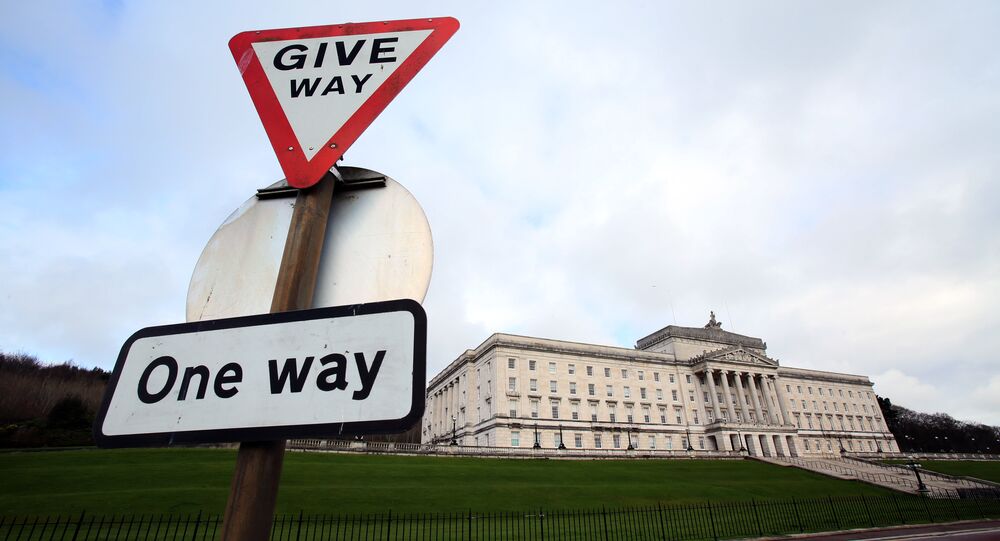 The discussion of the post-Brexit border between the United Kingdom's Northern Ireland and the Republic of Ireland has proven to be a controversial issue, UK Brexit Minister David Davis said Monday.

© REUTERS / Neil Hall
EU Citizens' Rights in UK After Brexit May Be Decided 'Reasonably Fast' - Davis
MOSCOW (Sputnik) — The discussion of the post-Brexit border between the United Kingdom's Northern Ireland and the Republic of Ireland has taken the most time during the talks on the United Kingdom's withdrawal from the European Union, UK Brexit Minister David Davis said Monday.

"Northern Ireland and the Republic of Ireland has taken more time today than anything else. We discussed two aspects of it. One, of course, is the political sensitivities which everybody understands and the other is the determination to maintain as near as possible invisible border so we do not undermine the peace process and do not provide any cause for concern in Northern Ireland," Davis said at a press conference after the first day of EU-UK talks on Brexit.

"The protection of the Good Friday agreement and maintenance of the common travel area are the most urgent issues to discuss," Michel Barnier, the European Commission chief Brexit negotiator, said.

Barnier noted that the parties to the talks aimed at agreeing on the key challenges of the UK withdrawal from the United Kingdom as soon as possible, including the mutual citizens' rights, financial settlement and the issues of borders, particularly in Ireland.