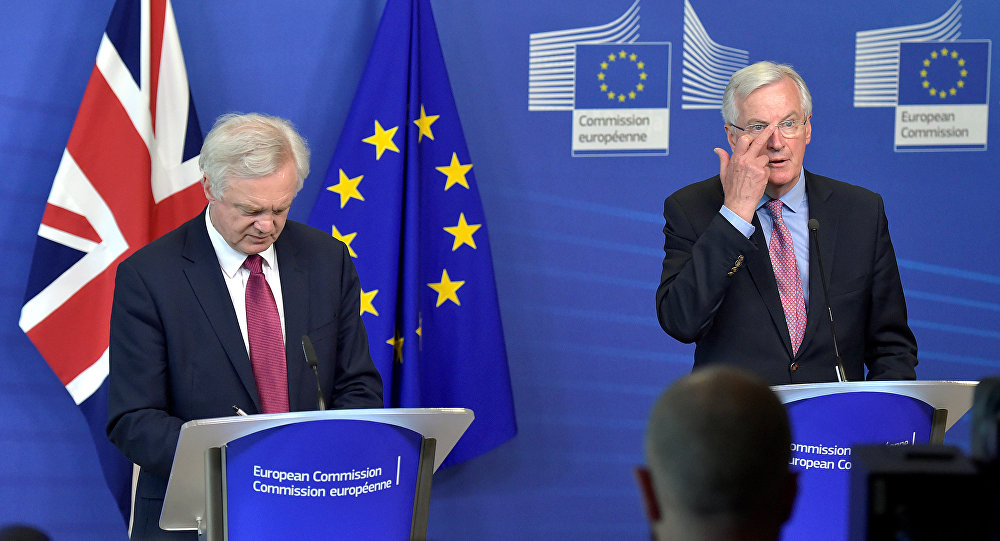 Britain must ensure that it has access to both skilled and unskilled EU workers as it begins the process of leaving the bloc - or face risks which could severely damage UK businesses, two leading think tanks have warned.

© AFP 2019 / JUSTIN TALLIS
EU-UK to Tackle Uncertainties Amid Brexit Negotiations' Process
With Brexit negotiations kicking off Monday, June 19, a report by the National Institute of Economic and Social Research (NIESR) and the Chartered Institute of Personnel and Development (CIPD), has said that without a new plan for attracting workers, Britain risks a skills shortage and also losing business, as it seeks to end freedom of movement.

"If the Government does not provide a user-friendly, flexible and affordable immigration system for EU nationals post Brexit… significant numbers of employers will be forced to relocate or focus future growth outside the UK," Gerwyn Davies, CIPD labor market adviser, said.

"With the Brexit negotiations starting this week, there is still little clarity on the immigration system that the UK will adopt after Brexit."

​The report also found that at least a quarter of organizations would be negatively impacted by a restriction on EU migrants to only those who have job offers.

And one in five businesses said that they would target future growth outside the UK or even relocate as a result of the Brexit vote.

Brexit negotiations between the EU and the UK started today. An enormous task. Why is it so complicated? This animation explains why pic.twitter.com/jCm81if1qd

UK Prime Minister Theresa May has said that the EU referendum vote, which took place in June 2016, was also a vote for Britain to control its borders.

Mrs. May also said that Britain will leave the single market as membership is incompatible with restricting immigration.

​The report did warn against the government targeting an arbitrary limit of absolute numbers of migration, such as a pledge to bring immigration into the tens of thousands.

"An overly blinkered approach focused on simply cutting immigration to tens of thousands and focusing only on high skilled employees could leave employers high and dry, especially those who rely on EU migrants to fill low-skilled jobs," David Davies, Secretary of State for Exiting the European Union said.