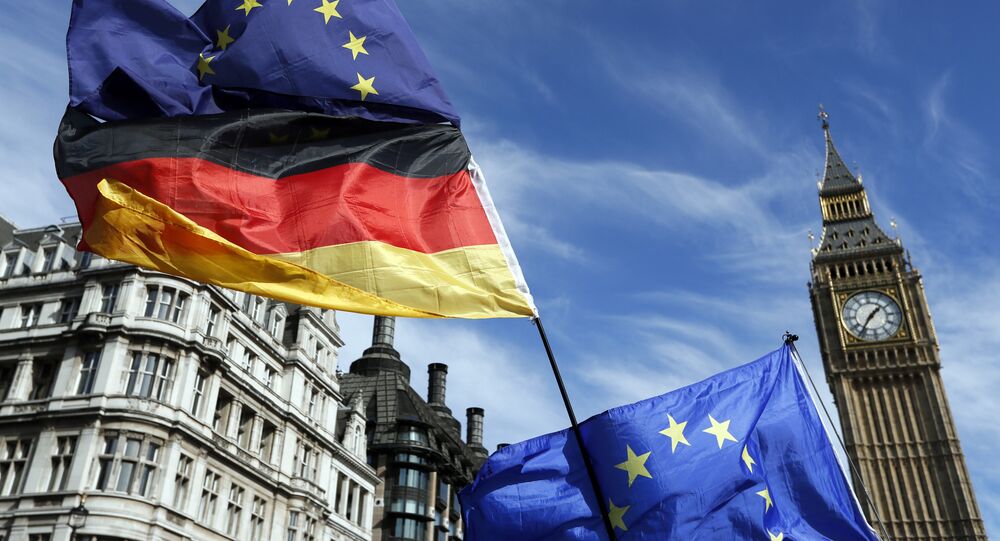 German Chancellor Angela Merkel favors consolidate approach of the 27 EU countries to the Brexit negotiations is important for Germany.

"The talks on Brexit, the United Kingdom leaving the European Union, began today. We have common main directions, for me it is important first and foremost that the 27 participating countries acted together and we followed very attentively the wishes and views of the United Kingdom and represented our own interests to reach good mutual understanding," Merkel told reporters.

The German chancellor added that "speculating" on the first day of the negotiations on their probable outcome would be premature.

"I would like us to come to a good agreement, it would be in our mutual interests, but we, the 27 states, we need to formulate out common interests very clearly and, hopefully, together," Merkel stressed.

© REUTERS / Dado Ruvic/Illustration
EU Should Not Exploit UK Split After Snap Election, 'Clean' Brexit Needed - Belgian Party
Earlier on Monday, the talks on Brexit between the United Kingdom and the European Union officially began, and are due to be completed by March 30, 2019. According to the European Commission, the agenda of the first round of talks is set to focus on "citizens" rights, the financial settlement, the border between Ireland and the Northern Ireland and other separation issues.

The UK citizens voted to leave the European Union at the referendum on June 23, 2016, and on March 29, 2017 London officially started the process of withdrawing from the bloc by triggering the Article 50 of the Lisbon Treaty.

Many Europeans Believe Germany Has Too Much Influence Within EU - Poll