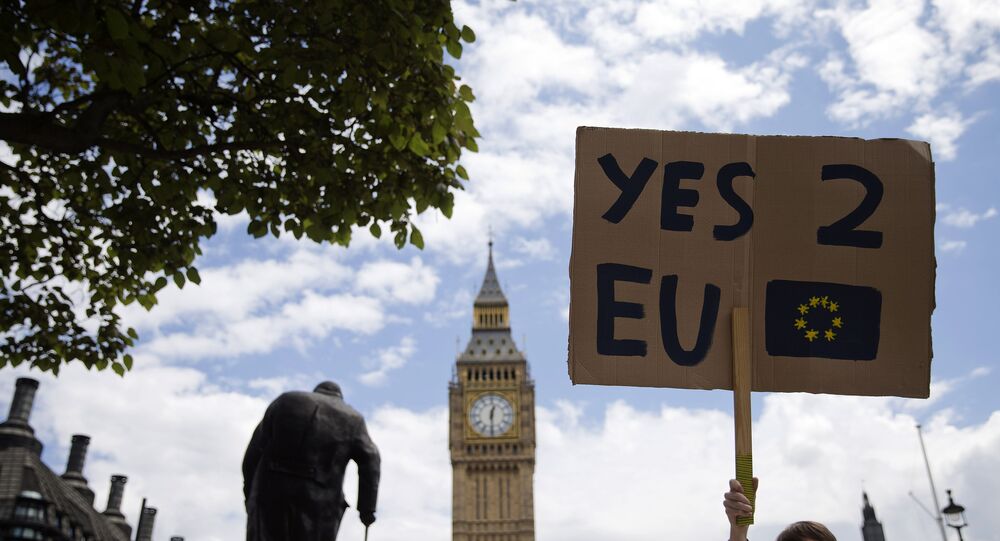 The EU and UK opened Brexit talks on Monday. Brussels is seeking to eradicate possible impediments and London touting a "positive and constructive tone."

© CC0
EU to Be 'Amicable, Firm' with UK in Brexit Talks - EU Commissioner
MOSCOW (Sputnik) — The European Union's and the United Kingdom's chief negotiators opened talks on the UK's withdrawal from the EU on Monday, with Brussels seeking to tackle uncertainties and London touting a "positive and constructive tone."

"I hope that today we can identify priorities and a timetable that would allow me to report to the European Council later this week that we had a constructive opening of negotiations," EU chief negotiator Michel Barnier told reporters in Brussels.

He identified the need to "tackle the uncertainties caused by Brexit first for citizens, but also for the beneficiaries of the EU policies and for the impact on borders, in particular Ireland," as one of the negotiations' objectives.

UK Brexit Secretary David Davis said he sought to "do all that we can to assure that we deliver a deal that works in the best interests of all citizens."

"To that end we are starting this negotiation in a positive and constructive tone, determined to build a strong and special partnership between ourselves and our European allies and friends for the future," Davis said.