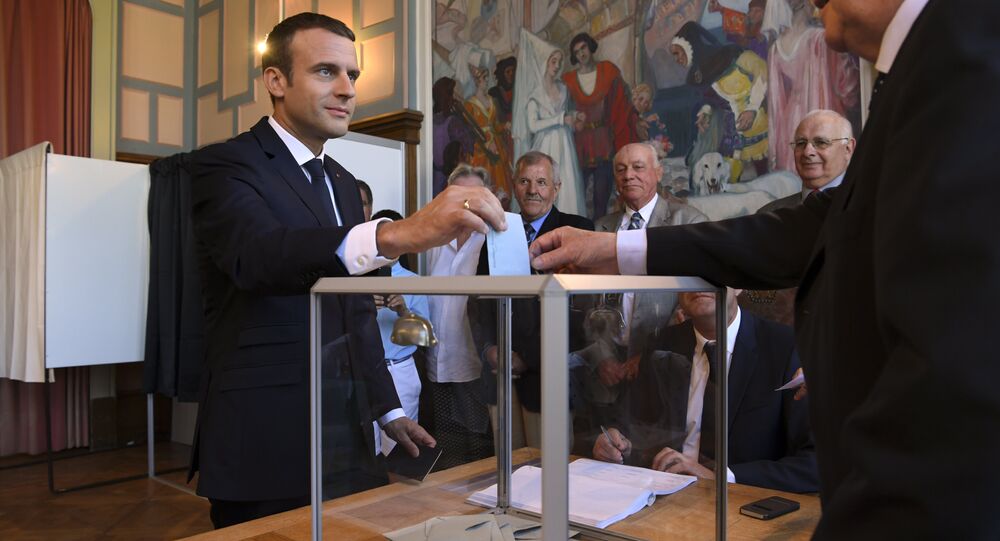 Emmanuel Macron's Republic on the Move party is getting 192 mandates after the ballots were count in 400 constituencies.

© Sputnik / Irina Kalashnikova
En Marche Party Surfs Wave of Macron's Popularity to Legislative Victory
According to the ministry’s interim data, Macron's party is followed by the biggest opposition party, The Republicans, with 92 seats, Socialist Party is seen to get 24 mandates and Marine Le Pen's National Front is winning 7 mandates, while Jean-Luc Melenchon's Unsubmissive France is gaining only 4 seats.

The candidates from the Democratic Movement (MoDem), allying with Macron’s party, are getting 30 seats.

France voters were casting ballots to elect 577 lawmakers to the country's National Assembly, the lower house of parliament, from 8 a.m. to 6 p.m. local time (from 06:00 to 16:00 GMT), although some polling stations worked until 8 p.m. local time in several big cities.