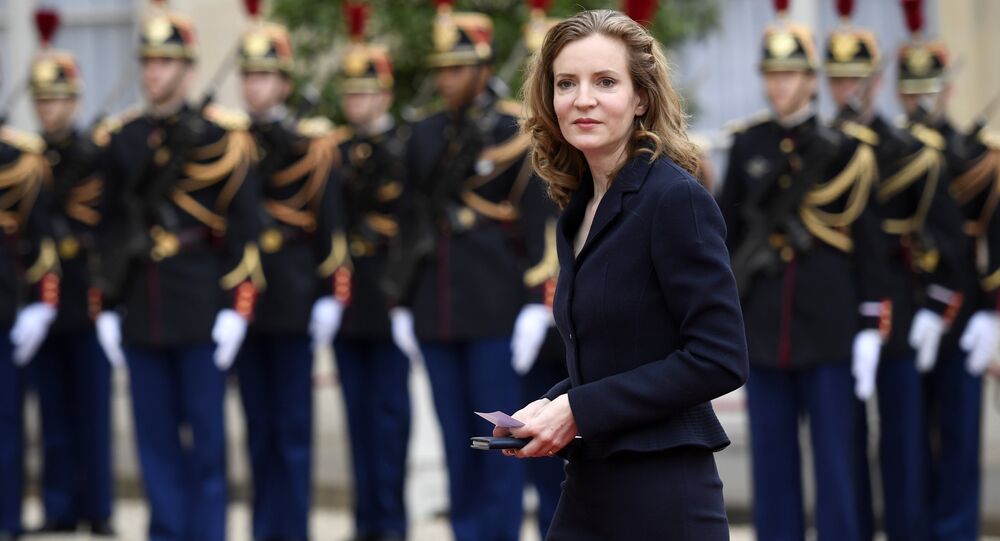 The mayor of the small commune in the north of France was arrested on Saturday over attack on Nathalie Kosciusko-Morizet, the candidate in the legislative election and the former environment minister under Nicolas Sarkozy’s administration, local media reported.

© REUTERS / Eric Feferberg/Pool
IMF Head, Sarkozy's Wife Urge Citizens to Vote in Sunday's Election
PARIS (Sputnik) – The 55-year-old attacker, Vincent Debraize, the mayor of northern France’s commune of Champignolles, was taken into custody and charged with "willful violence against a person charged with a mission within the public service," the France Info broadcaster said.

The Republicans' candidate Kosciusko-Morizet was hospitalized after a man insulted her and tried to slap her in the face while she was distributing leaflets in Paris on Thursday. The man fled the attack scene rushing toward a metro station nearby.

The whole scene took place in the presence of several journalists. Kosciusko-Morizet’s rival in the election from the centrist party Gilles Le Gendre suspended his campaign.

The second round of the legislative election in France will take place on Sunday. Kosciusko-Morizet came second in the first round of the election, losing to President Emmanuel Macron's La Republique en Marche (REM, or LREM) party candidate.