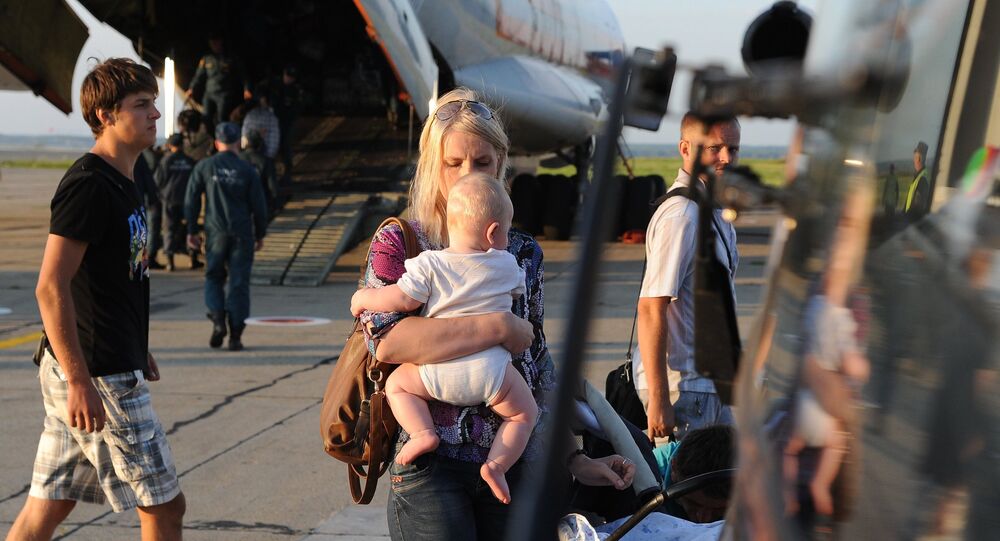 Ukrainian Migrants: The Time Bomb That Could Tear Poland Apart

The Warsaw-based newspaper Rzeczpospolita has published an article by its former editor-in-chief and now defense industry consultant, Andrzej Talaga, where he welcomes the arrival of Ukrainian migrants who he believes should be offered jobs in Polish schools, company offices and even the armed forces.

© AP Photo / Alik Keplicz
Poland 'May Set Up Protectorates' in Western Ukraine to Guard Against Flood of Ukrainian Migrants
In an interview with Sputnik, Polish politician and journalist Konrad Rekas said that Talaga’s opinion is fully shared by Vice Premier Jaroslaw Gowin.

“The problem is that Poles are wary of an uncontrolled influx of refugees from Ukraine. Jaroslaw Gowin said that Poland would be better off hiring Ukrainian migrants than those from the Middle East. However, having Ukrainians working in Poland will guarantee low wages for all. Gowin says that Ukrainians are good for our economy, but this is not true. The influx of cheap labor is hamstringing our economic growth and our people’s purchasing power. The only ones who benefit from this are foreign Western companies and their assembly lines, which use our cheap labor and are of no use to our people and our economy,” Konrad Rekas complained.

He added that the three million Poles currently working abroad who are naïve enough to believe the government’s reports about the economy now looking up could return home only to see that their jobs have been taken away by Ukrainians who are ready to work for less.

Jaroslaw Gowin also wants to grant Polish citizenship to Ukrainian migrants, and is also against a proposed ban on the glorification of OUN-UPA [Ukrainian nationalist organizations] in Poland.

© Sputnik / Aleksandr Kondratuk
Poland Receives One Mln Ukrainian Migrants - Prime Minister
“What the government and our entire political establishment is doing is taking orders from Washington and making people believe that the Ukrainian invasion is a good thing,” Rekas told Sputnik Poland.

He described Jaroslaw Gowin’s statement as an “anti-national act,” which ignores obvious facts and the serious problems Poland is facing today.

“For him people just don’t exist. All he sees are employers and employees, only capital and workers. Thus you can bring in workers from anywhere in the world and turn them into people who do whatever you tell them to,” Konrad Rekas stated.

“The Poles will never tell you that they feel any affinity for Ukrainian nationalists, who are poisoned with this vicious ideology. No, they will not.”

He added that since the so-called Euromaidan in Kiev, Ukrainian expats in Poland have been looking for ways to win seats in the Polish parliament.

“If you let in two, three or five million Ukrainians, give them citizenship and settle them close to the Ukrainian border [Ukrainian nationalist leader Stepan] Bandera always viewed as Ukrainian territory occupied by Poland, this would put the territorial integrity of the Polish state on the line,” Konrad Rekas warned.