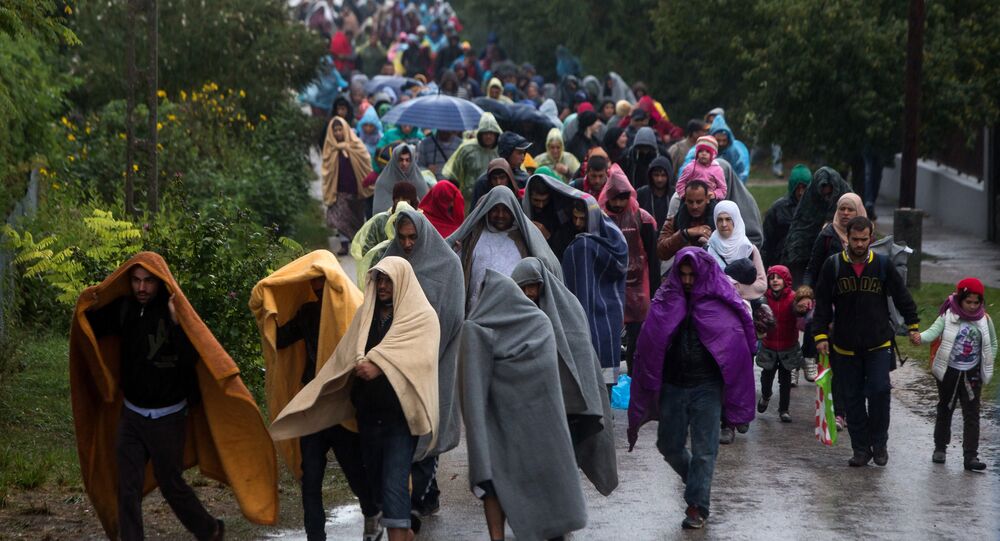 The EU is finally taking action against several central European countries for failing to comply with their obligations on migrant quotas, but its legal proceedings against member states tend to make little difference to their policy, Aron Demeter, advocacy officer at Amnesty International Hungary, told Radio Sputnik.

On Wednesday, the EU Commission launched legal proceedings against the Czech Republic, Hungary and Poland for non-compliance with the EU's refugee quotas.

"EU has recently shown a much more committed approach when it comes to applying sanctions against countries who are not complying with the legally binding rules. For example, the EU has launched many infringement procedures against Hungary in the last couple of years," Demeter said.

© REUTERS / Ruben Sprich
'Mafia Network': Why Hungary Becomes a Thorn in the Side of George Soros
Despite that, legal action taken against members in Central and Eastern Europe has had a limited effect on changing their actions.

Launching the infringement procedure is the first step in a process that could see the three countries fined by the EU's Court of Justice.

Hungary, Poland and the Czech Republic have received a "letter of formal notice" from the EU, which they have one month to reply to. If the Commission isn't satisfied with the reply, it may move to the next stage of the procedure and send its "reasoned opinion" to the member states.

"If after this stage nothing happens, meaning the countries are still not complying with the rules and the commitment, the whole thing goes to the Court of Justice of the European Union and its trial procedures, so it could take some time."

The EU's relocation scheme is just one of several measures which are necessary to tackle the migrant crisis, Demeter said.

"We have to understand that relocation is just one temporary step, it's not a sustainable solution. I think it could work but the countries need to take more steps and more actions if we want to deal with this global crisis in Europe. Namely, we have to establish legal and safe routes for people who are fleeing like resettlement, humanitarian visas and other ways."

© AP Photo / Darko Vojinovic
At All Costs: EU Seeking to Absorb Western Balkan States Into Bloc 'Before 2024'
"Relocation is very important but it's just a small step in the whole picture."

The EU is responding to several serious challenges over the past two years, including the migrant crisis and Brexit, with an effort to strengthen its institutions and values.

"The EU has realized that if it doesn't make itself stronger and stick to the core values of the union, it will split. Now I'm quite optimistic because it seems that the EU is taking concrete steps to fulfil its mission, so I wouldn't say that this is an integrity crisis."

"It's definitely very hard when there are countries which are refusing to participate in the common solution. I think the EU is changing and will change in the near future. We truly hope that these countries, particularly Hungary, will stay in the EU and eventually it will comply with the common rules," Demeter concluded.