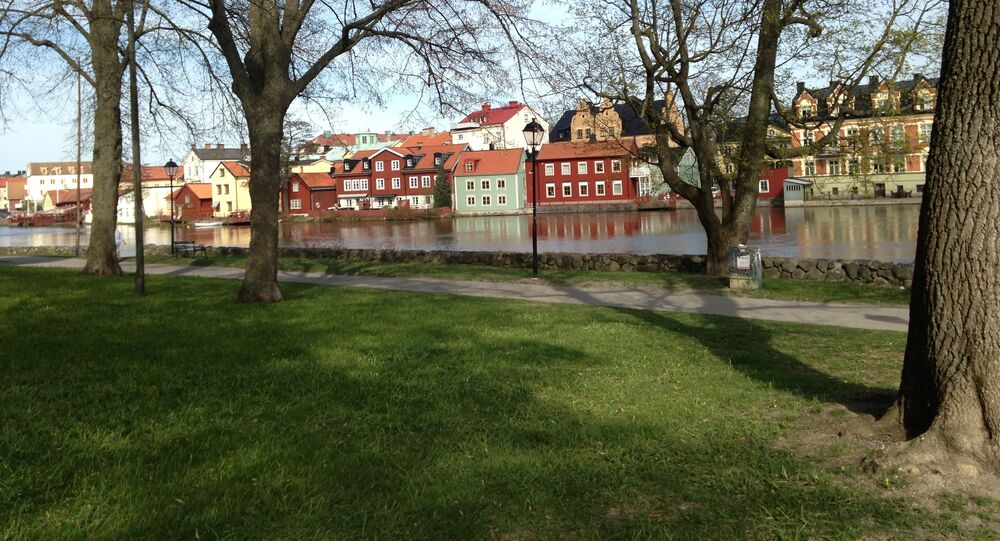 A public servant in the Swedish city of Eskilstuna, who also happens to be in charge of a local mosque, has shared and ‘liked' a clip of a terrorist attack in Jerusalem. The incident seems all the more outrageous in light of the fact that he did it with the tacit acceptance of his superiors.

© REUTERS / Philippe Wojazer
Swedish Star Journalist Swears Allegiance to Daesh, Runs Amok in Paris
The man in charge of the Salafist al-Rahman mosque in Eskilstuna shared and ‘liked' the clip that showed a deadly truck attack in Jerusalem, Swedish Radio reported. The man also added a smiley symbol with the caption "feeling satisfied," as well as the comment "Allahu Akbar."

The movie features a truck ramming a crowd of Israeli servicemen waiting at a bus stop. After one collision, the driver backed up and ran into the thinned out crowd once again, killing four and injuring about 20. The attack took place on January 8 this year.

"I am disturbed when I see representatives of mosques condone and spread terrorist acts propaganda," Isak Reichel, Secretary General of the Jewish Central Council in Sweden, told Swedish Radio.

However, the Muslim employee, whose line of duty implies meeting people in public, did not regret the post and defended what he considered his right to freedom of expression. In his worldview, Israel was an "occupant power," which made the attack on the Israeli military a "regular military action" rather than a terrorist act.

His superiors in the municipality have long been familiar with the controversial Facebook post. The man claimed that his bosses thought the post was perfectly fine, yet chose to remove the post after a broadcast by Swedish Radio.

"This is not OK. This is completely unacceptable. If one is persuaded to believe that it's important to vent their personal opinions, perhaps working with the public shouldn't be a viable option for them," Jimmy Jansson told Swedish Radio.

Previously, people with links to Salafist al-Rahman Mosque in Eskilstuna were reported to have been recruited by jihadist groups in Syria. Several of them have allegedly died in the conflict zone. A few weeks ago, a funeral was allegedly held for one of the "jihadist warriors," although this has been denied by the mosque officials. In recent years, al-Rahman Mosque has been under police scrutiny for jihadi recruitment, which is said to continue.

"The majority of the worshippers believe this is incredibly tragic, I believe. However, there is certainly a clique that rejoices over having a 'martyr' at the mosque. You might think it's somewhat 'cool' to belong to the same mosque," Fredrik Hedlund of Eskilstuna Police told Swedish Radio.

© AP Photo / Rased News Network via AP, File
Massive Tax Fraud in Sweden, Denmark Stirs Suspicions of Support for Terrorism
Remarkably, al-Rahman Mosque's leadership also cited freedom of speech when questioned about mosque-goers glorifying jihadists as martyrs.
"People may like what they want. We are living in a society where everyone has the right to comment," the mosque's representatives said in an answer to Swedish Radio.

Unsurprisingly, three Eskilstuna districts are found in Sweden's national list of "vulnerable areas," local newspaper Eskilstunakuriren reported, this in effect being a somewhat whitewashed police definition of a ghetto. According to Swedish police, flourishing religious extremism is one of the prerequisites for being accepted as a "vulnerable area," alongside soaring crime and inaccessibility for police forces.