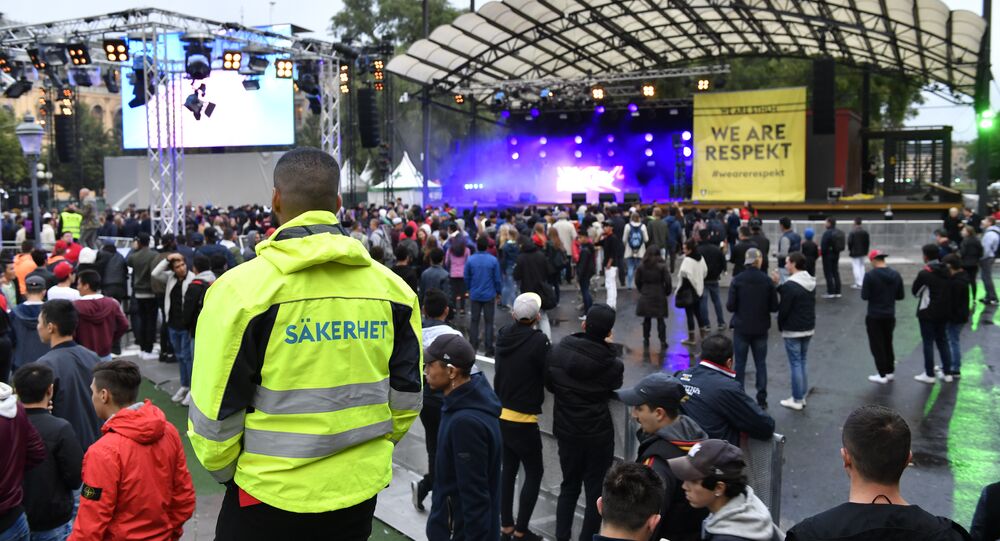 Last year, the number of reported sexual assaults at Swedish summer festivals increased by an astounding 1,000 percent. This year, Sweden seems to be keeping up with last year's record pace, as the number of police reports at the Gröna Lund amusement park in Stockholm has already risen fourfold.

© Photo : Pixabay
Swedish Brochure Teaches Migrants How to Have Sex, Avoid Authorities
In 2016, a wide range of sexual offenses including rape and molestation were reported in connection with summer festivals in Sweden. According to the Swedish newspaper Expressen, the number of reported sex assaults increased by a mind-blowing 1,000 percent, with the newspaper predicting still more cases this year.

Last year, only a single case of sexual abuse was reported at Gröna Lund amusement park in Stockholm. This year, four notifications have already been received, despite the fact that the park only just opened in late April.

"All the cases have been reported to the police. It's about teenage girls who've been exposed," security chief Fredrik Gemzell told the newspaper.

In order to prevent a surge of sex-related abuse, Gröna Lund has established a security center for visitors to refer to. Additional security personnel have also been placed on the site. According to Frederik Gemzell, it is completely unacceptable for their visitors to feel insecure, which is why any abuse should be reported to the police.

During the Summerburst festival in Stockholm, an 18-year-girl was raped in the middle of a crowd, the Swedish newspaper Aftonbladet reported. At the same festival, three other cases of sexual abuse were reported.

"Our government calls itself feminist. At the time they are in charge of a country where every third woman feels insecure, where every tenth woman dares not go out in the evening because of insecurity and where two out of five women aged 20 to 24 are worried about being attacked or beaten. This cannot continue," a group of Conservatives wrote in a joint article, published by the Swedish portal Nyheter24. "No woman should ever abstain from visiting a festival, seeing her favorite artist or having a jogging tour," they continued.

To add insult to injury, a care center for victims of rape in Stockholm, which received about 140 women annually, will be shut down. Instead, care will only be provided to immigrants suffering from torture memories or post-traumatic stress disorder.

"This is a group expanding owing to major migration flows, and we want the clinic to be able to help more people from that group in the future," Maria Hägerstrand of Stockholm County Council told Swedish national broadcaster SVT.

© REUTERS / Zohra Bensemra
Swedish Star Reporter Finds War-Ravaged Mosul Safer for Women Than Stockholm
This decision was slammed by clinic personnel. According to the head of operation Fredrik Garpe, rape victims are a very vulnerable group that should not be affected further. According to Garpe, the rape victims will not be able to get the care they need due to a lack of corresponding specialists at other facilities in Stockholm.

While a common reaction among parents may be to stop young people from attending festivals, this is not the right thing to do, according to psychologist Moa Mannheimer.

"When you try to ban things, it's likely that the youngsters will be doing it anyway. However, we do not stop taking the train just because there are more petty thieves at the Central Station," Moa Mannheimer told the Swedish daily Göteborgs-Posten.

According to her fellow psychologist Anna Norlén, it's also a bad idea to dress more conservatively in order to avoid trouble.

"Surely you can wear short skirts if you want to. Advising modest dress is tantamount to blaming the potential victim for what can happen, and this should never be done," Anna Norlén told Göteborgs-Posten.