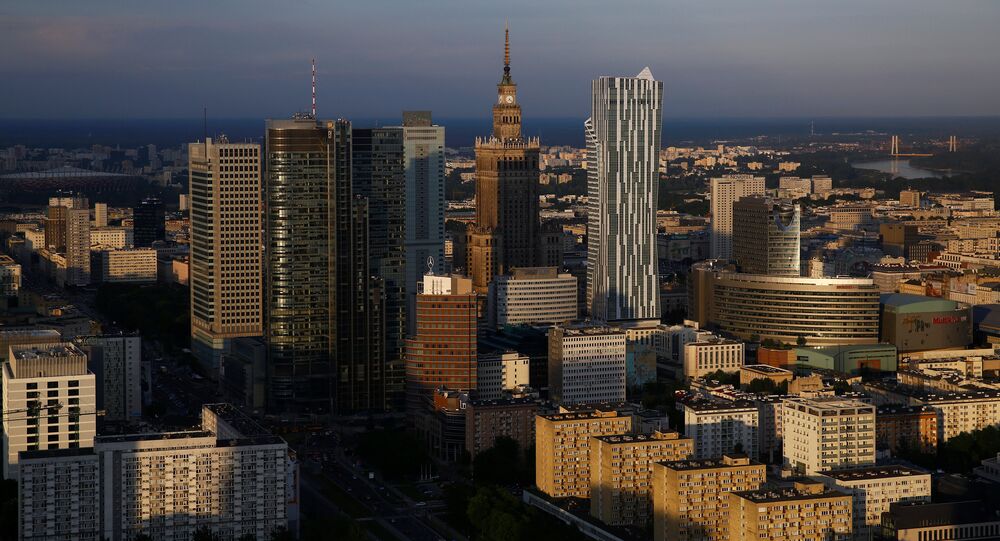 WARSAW (Sputnik) — The European Union has no right to tie together the issues of accepting migrants and receiving subsidies from the European Union, Polish Foreign Minister Witold Waszczykowski said on Monday.

"We disagree with such blackmail, with such a concept that if you do not accept migrants, do not show solidarity, then you will be punished financially, then possibly the funds of European subsidies will be cut off," Waszczykowski said at a press conference.

He stressed that the issues of accepting migrants and receiving subsidies must not be combined, "because the European subsidies originate from international treaties, they appear from agreements on economic cooperation."

"These funds at the same time are compensations for the countries with weak economies for opening their markets to strong, big, dominating economies of the western European countries," Waszczykowski said.

© AFP 2021 / JANEK SKARZYNSKI
Warsaw Brushes Off EU Commission's 'Unjustified' Threats on Accepting Refugees
Poland refuses to accept refugees under the EU refugee relocation program, which implies that every EU member state accepts a certain number of refugees from the Middle East and Northern Africa in order to ease the pressure on Greece and Italy who had seen the most number of arrivals. Polish authorities also repeatedly stressed that they did not support relocation of refugees but were prepared to support those migrants that choose to stay in Poland on their own free will.

In May, EU Commissioner on Migration, Home Affairs and Citizenship Dimitris Avramopoulos warned that the European Commission plans to threatened Poland and Hungary with sanctions if they continue the police of not accepting migrants.