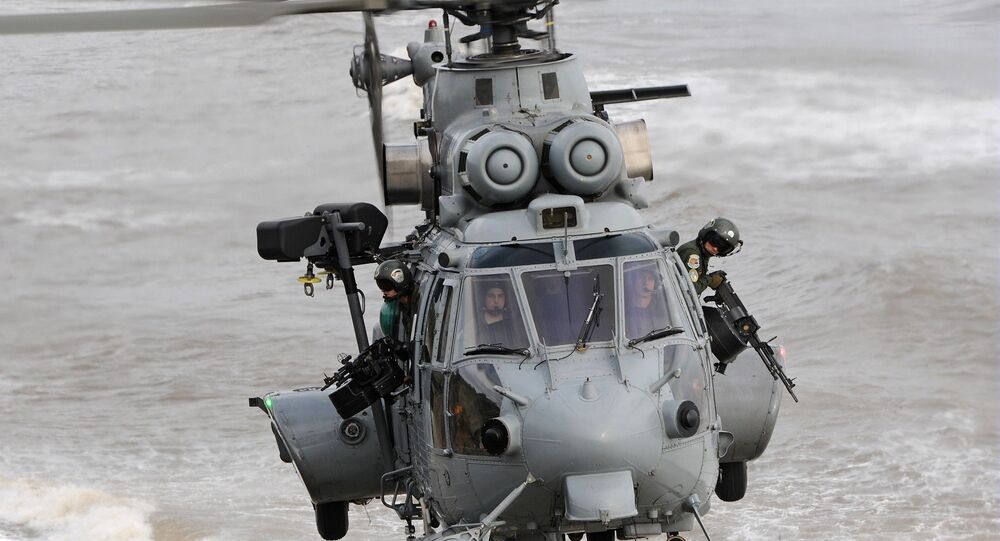 French aviation giant Airbus is preparing to craft a new fighter jet, as the European Union moves ever closer to its dream of an integrated defense policy, and corresponding European army – plans which has accelerated considerably as the UK, arguably the continent's foremost military power, prepares to exit the bloc.

Speaking to local media, Airbus' military division head Fernando Alonso said financing for the new fighter had been provided from the governments of Germany and Spain, and he hoped France would also participate.

​"We have to work together in Europe, there is no more space for two or three different systems. The time is ripe for making and implementing a decision [on common defense]," he added.

The Airbus project, the Future Combat Air System, will replace the Eurofighter and Tornado jet models in Germany, as well as Spain's F16 fleet. If France was to join, the FCAS might also replace the Rafale, scheduled to become obsolete in 2030. In 2016, French officials suggested the Rafale might be replaced by American F35 fighters, although the election of eurosceptic Donald Trump has thrown the plans into question.

Moreover, a purchase from the US would also run contrary to the EU's stated aim of achieving technological and strategic "sovereignty" as part of its defense plans, which will see €1.5 billion (US$1.7 billion) spent annually on EU-wide military research and development, and joint procurement fund designed to facilitate projects such as the FCAS.

​The development of the FCAS also comes as the UK, roughly tied with France as the EU's main military power, prepares to start secession negotiations. Brexit evidently looms large in Airbus' considerations — the company currently employs 10,000 at two manufacturing plants in the UK, although Chief Operating Officer Fabrice Bregier has made clear unless the UK negotiates an "amicable" deal with the EU (allowing staff to freely move between the UK and the continent, and the firm to import and export wares without punitive tariffs) it will move the plants elsewhere.

There are suggestions Germany has already been quietly and informally building such a configuration, with divisions of Romanian, Czech and Dutch troops effectively subject to German command, and the militaries of Romania and the Czech Repubic due to likewise integrate one brigade each into the Bundeswehr. Such a prospect was originally mooted in November 2016, when the bloc agreed on a combined security and defense plan — although the plan excluded the prospect of creating an EU army, it promoted integration.