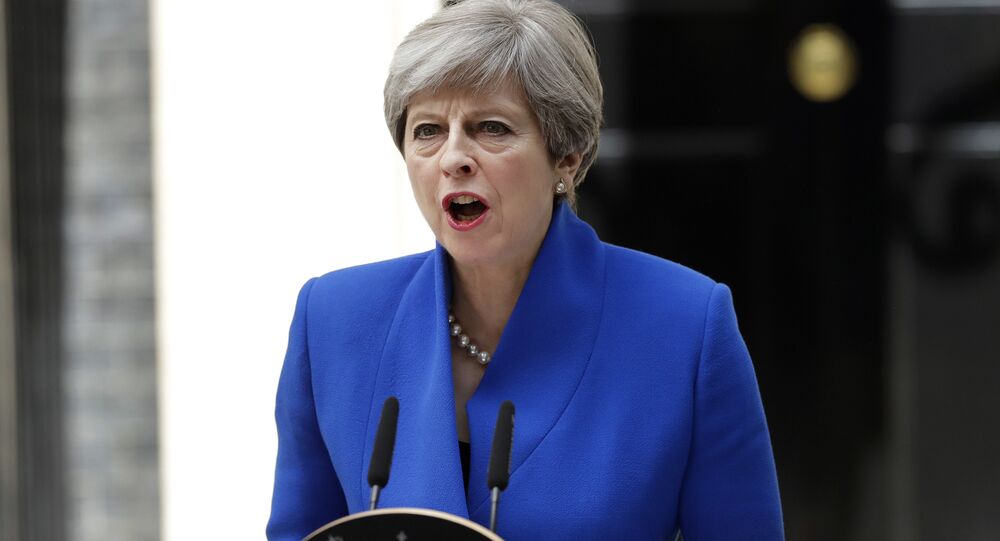 UK Prime Minister Theresa May is set for a showdown meeting with Conservative MPs, July 12, as anger grows at her failure to win a majority after calling a snap election, deepening divisions over Europe that have beset the party for decades.

The Conservative Party has been deeply split over Europe ever since former party leader and Prime Minister John Major signed the Maastricht Treaty in 1992 which created the European Union, as it stands now, out of the former European Economic Community (EEC).

The Conservatives were relatively united over joining the EEC in 1973, following the signing of the accession treaty by — then — Conservative Prime Minister Edward Heath. Most were content with being part of an economic, trading bloc, which included being part of the European Coal and Steel Community, as well as the European Atomic Energy Community.

Maastricht changed all that and caused a schism within the party. The treaty paved the way for the integration of the EU and the creation of a common security, foreign, justice and home affairs policy, plus the establishment of the single currency, the euro.

Many Conservatives railed at the idea of a more integrated, political union and John Major failed to quell a rebellion in this party, which then went on to lose the 1997 general election, suffering the worst ever defeat since the late 19th century, handing Labour leader Tony Blair a landslide victory and 13 years of power, winning three successive elections.

In the run-up to the 2010 general election, with David Cameron as party leader, there was pressure from many Conservatives for him to promise a referendum on Britain's membership of the EU. He failed to win the election outright, but formed a coalition government with the Liberal Democrats and managed to bring his party out of 13 years of exile.

However, he remained under intense pressure from the euroskeptic lobby within his party. He also faced another challenge: the threat from the anti-EU UKIP Party, then led by an ebullient Nigel Farage. The issues of Brussels intervention in UK sovereignty was to dog Cameron right through his first term of office, forcing him to make a promise that he would go into the 2015 election promising that referendum.

That call won him a small majority in the 2015 election, because he gave way to his own party euroskeptics in an effort to fend off UKIP. Cameron called the referendum for June 23, 2016 and them began a campaign to convince British people to remain in the EU.

However, he invoked the help of high profile figures to predict Armageddon if Britain left the EU, in a strategy dubbed "Project Fear." Famously, former US President Barack Obama used a state visit to Britain to announce that — in the event of Brexit — the UK would be at the "back of the queue" in subsequent trade talks with the US.

© REUTERS / Joshua Roberts
Brexit: 'Obama Is Responsible More Than Anyone Else' for Leave Vote

The use of the word "queue" — where most Americans would have said "line" — made many commentators suggest that the sentence had been written by Downing Street, angering many people — particularly those within the Conservative Party campaigning for Brexit.

The referendum resulted in the UK voting 52 percent to 48 percent to leave the EU — which sent political shockwaves throughout Europe. Cameron resigned and made way for Theresa May, who went on to formally trigger the process of leaving the EU.

However, May still had a divided party behind her — those wanting a "soft Brexit," continuing within the single market and customs union, and those wanting a hard one — breaking all links with the EU. With only a working majority of 17, she called a snap election in the face of a Labour opposition party in total disarray over its leader Jeremy Corbyn.

However, May managed to throw away her advantage by running a poor campaign, in which — far from coming across in public as "strong and stable" — she appeared weak and had to do policy U-turns on the hoof.

Having failed to win an outright majority, May is now facing a huge backlash from within her party and has lost all political credibility. When she meets her MPs in parliament on the evening of June 12, she will face an angry reception.

The Conservative Party is once again is open warfare over the most toxic of issues that it has grappled with — but failed to gain consensus on — for decades. It has seen the toppling of John Major, David Cameron and now — in the very near future — Theresa May.