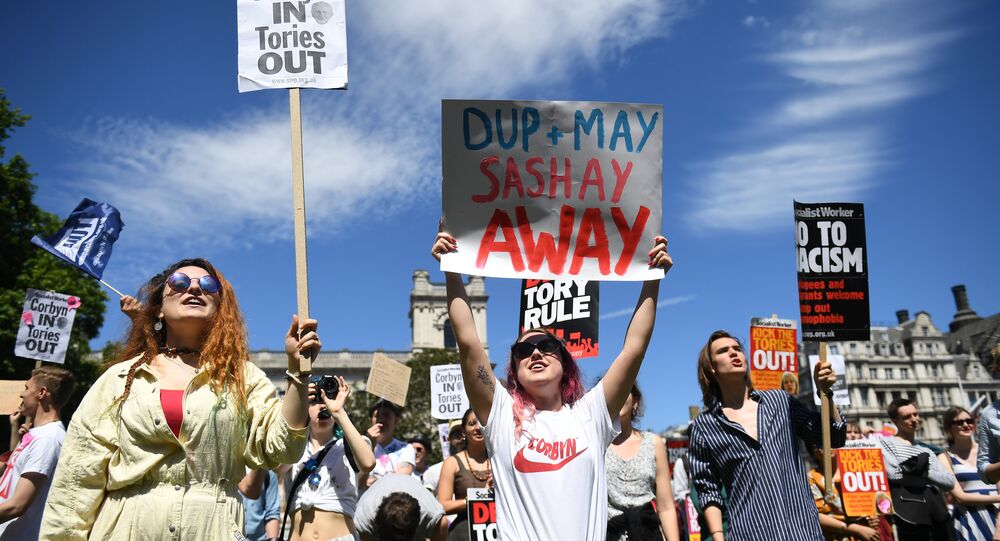 The UK Conservative Party does not agree with the policies of its potential ally for a parliamentary majority, the Northern Irish Democratic Unionist Party (DUP), which traditionally opposes same-sex marriage and abortion, Brexit Secretary David Davis told the ITV broadcaster on Monday.

© REUTERS / Peter Nicholls/File Photo
EU, UK Citizens' Status First on Brexit Talks Agenda - UK Brexit Secretary
MOSCOW (Sputnik) – The Conservative Party won 318 seats in the snap general election held on Thursday and reached out to DUP, hoping to use their 10 seats to reach the 326 required for the majority. The two parties have not finalized the pact agreement yet.

"We don't adopt [DUP's] views, we don't adopt their policies," Davis said, when asked about the DUP stance on these matters.

According to the broadcaster, Davis stressed that the DUP position on these issues would not lead to any changes in the law of the United Kingdom, where both abortion and same-sex marriage are legal, except in Northern Ireland.

Arlene Foster, the DUP leader said in 2016 that she would not want the 1967 act legalizing abortion in the rest of the United Kingdom to extend to Northern Ireland. Foster has been the first minister of Northern Ireland since January 2016.